A plethora of Canadian fandom descends on London's comic shops. We were on the scene.

London, Ontario isn't known for having an especially geeky population. With no comic book or science-fiction conventions of its own, it's often overshadowed by events from larger cities, especially since Toronto is mere hours away. Still, London has one incredibly unique advantage: Five comic book shops located in walking distance of each other. That means every year, unprecedented numbers of fans make a downtown pilgrimage to celebrate Free Comic Book Day, choking sidewalks long before the stores even open ... and many arrive in costume.

So many, in fact, that we needed to split our Free Comic Book Day Gallery into two parts. And here, obviously, is part one!

Next week I'll be discussing the comic shops that transform Downtown London each year, but first, let's take a moment to celebrate the cosplayers, young and old, who prove that fans can be found anywhere. To begin, here's a Stormtrooper standing guard against rebel incursions. 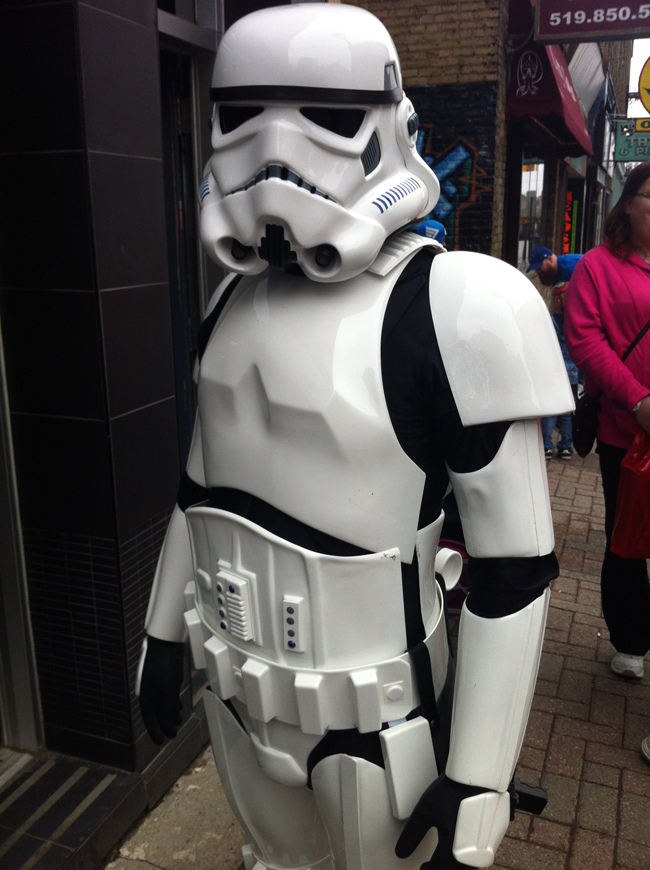