You didn't think we were done with the 5th annual Steam Punk World's Fair, did you? The big event happened over the weekend in Piscataway, and as we saw in our previous post, it drew out a ton of talented cosplayers with insane imaginations.

So many, in fact, that we have enough images for a second gallery. I'm not going to overstate this, but we may have saved the best for last. Hula hoops? Steampunk Avengers? Giant fists? There's all of that and more in today's slate of images. Read on, and enjoy a glimpse of what you missed.

First, as some of you no doubt know, Airship teams are a common theme among the steampunk cosplay crowd. And here, we have Eddie Connor, Quartermaster Greaves, Melanie Connor, Helen Resseguie, Kyle Robertazzi, Amanda Pancoast and Jason Lee, otherwise known at Chaos Aether

All photos by Robert Stoneback 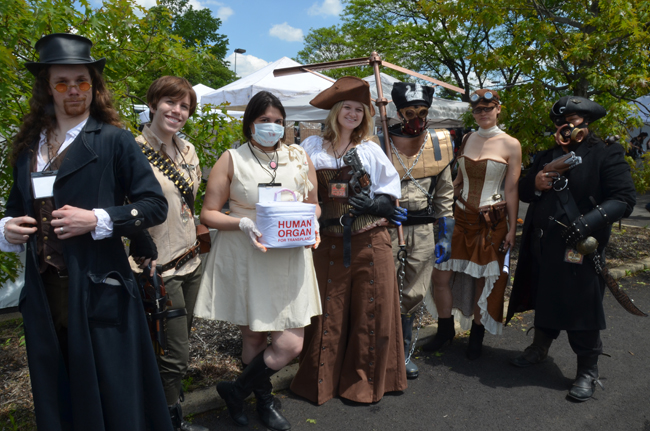