UPDATE: Ladies and Gentlemen, we have our winners.

First up is commenter Firefilm, for suggesting the following for image #4:

"Beneath the Planet of the Apes"

Second, it's Jet1971 for suggesting the following for image #1:

"That human... That human is touching itself. How terrifying."

Dawn of the Planet of the Apes is a thing that is happening this weekend - see Moviebob's glowing review here - so we thought we'd put together an Apes cosplay gallery to get you ready for it. And we did! But around the same time, we came into possession of several Destiny beta codes, which we're giving away to our readers. So, we thought, why not combine the two?

I've got two Destiny beta codes to give away today, and I'm doing so here. If you want one of them, get out your joke writing robot and have at it.

* Write a caption for one of the photos in this gallery. Make it funny. Put it in the forum for this article.
* Winners will be chosen based on the opinions of Escapist staff as well as reactions from the readers, so if you like a caption, be sure and say so in the forums.
* Only one code per winner, but enter as often as you like.
* Contest period ends at 11:59 PM, Pacific time, on Sunday, July 13.

Head over here to find out how to redeem codes. The winners will be announced on Monday morning. But if you don't win, don't panic - we've got plenty more codes to give away, and I'll be doing just that in the next few days.

Finally, because it's mandatory: You maniacs, you blew it up. AW DAMN YOU, DAMN YOU ALL TO HELLLLLLL!

Anyway, here are some Gorilla soldiers. 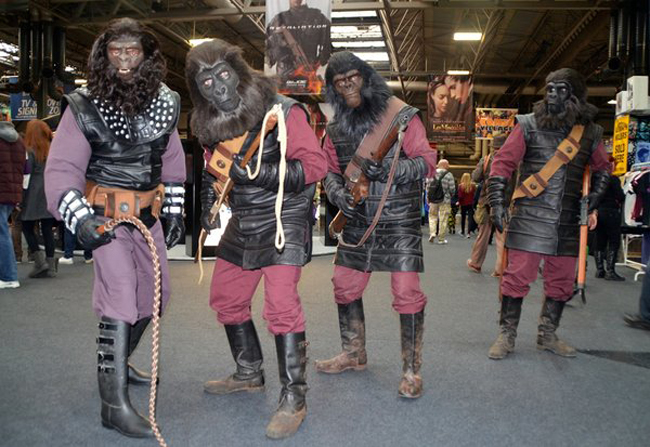