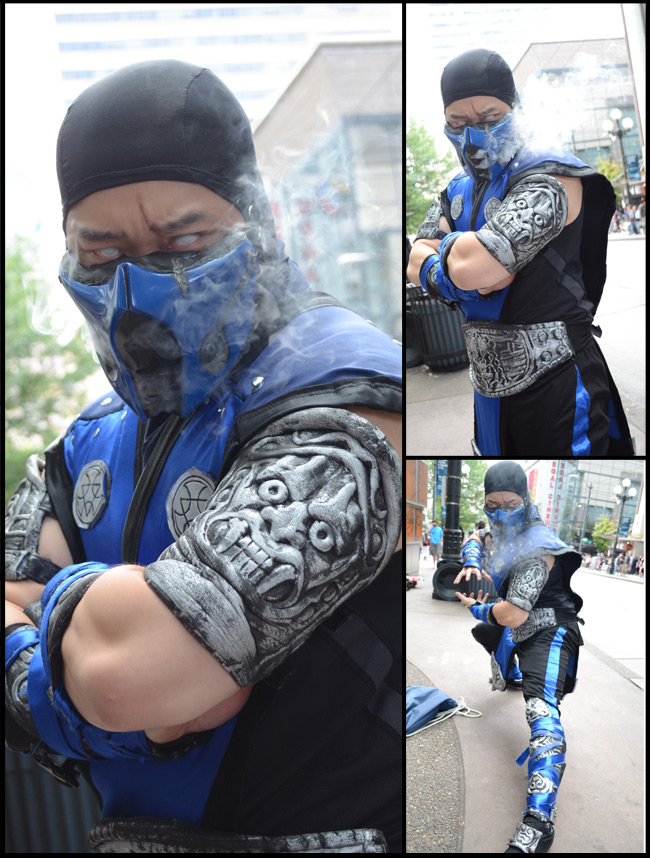 Phil's costume could emit a cloud of frosty breath on command, an effect that was achieve via an internally mounted vaporizer.

It was a really terrific effect, but Phil was trying to keep it under wraps during the convention. Vaping isn't allowed inside of the convention center, and he was worried about getting kicked out.

His rebellion was worth it, though. Whenever he would exhale, I couldn't stop giggling.