Take a look at the coolest, the prettiest, and the downright most bizarre sights of Tokyo Game Show 2014.

First up, Psycho Break, the Japanese name for The Evil Within, was once again dominating the show's main entrance. 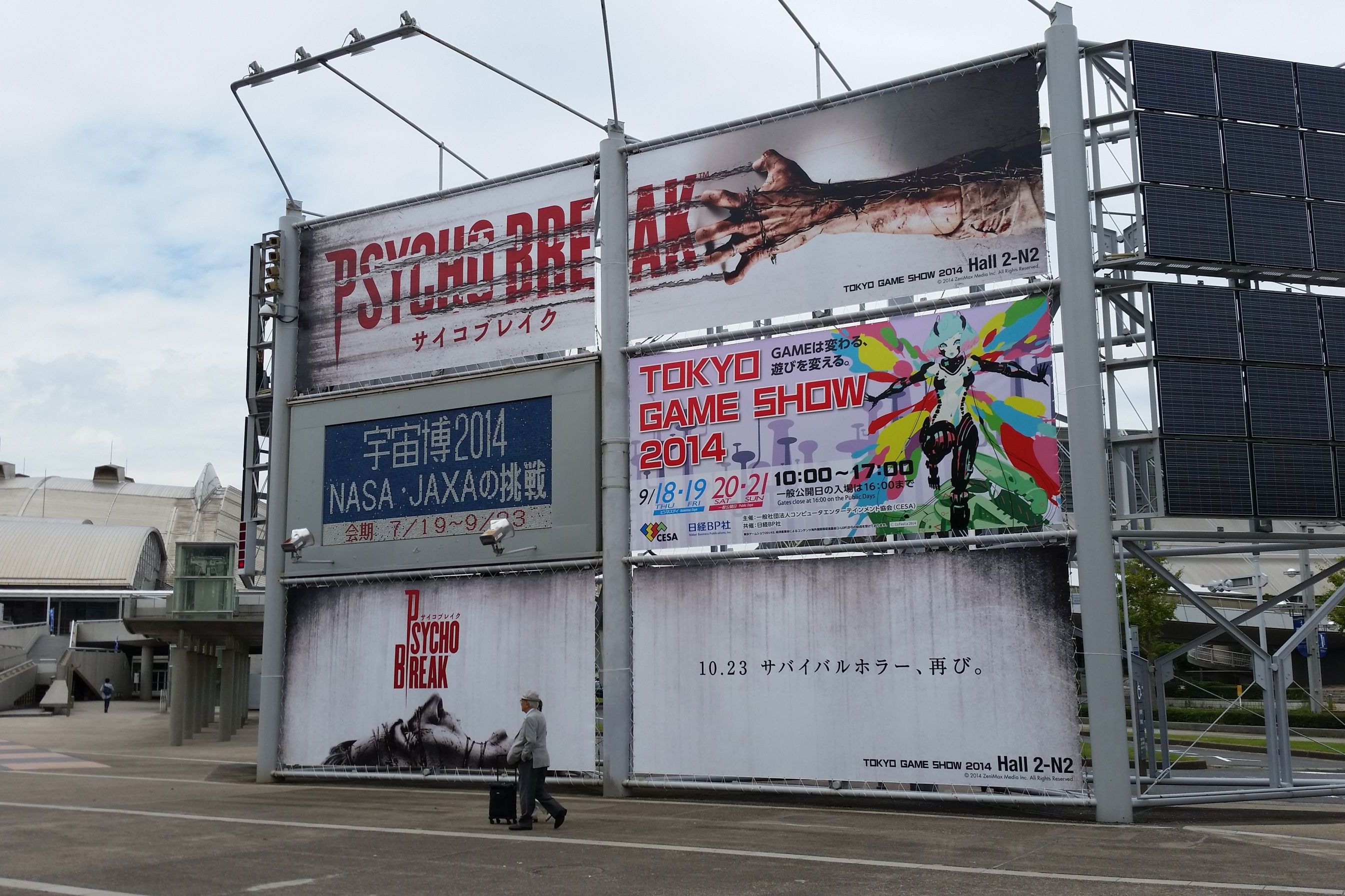