Between the Deadpools, Doctors, and Disney Princesses, London, Ontario's first Comic Con was a rousing success.

London, Ontario is a happening place for comic book fans, as the turnout for during Free Comic Book Day proves every single year. But 2014 is especially exciting because it marks the Forest City's very first comic book convention, organized in part by the local comic book shop owners. Despite being a one-day event, the Forest City Comic Con turnout out to be a massive success, with huge lines waiting at opening and a steady stream of visitors arriving throughout the day.

Naturally, that means London could once again show off its cosplaying chops, and The Escapist was there to see what was on display. In fact, we needed to split this gallery into two parts, because with hundreds of costumes to choose from we simply couldn't narrow it down! See for yourself with characters like: 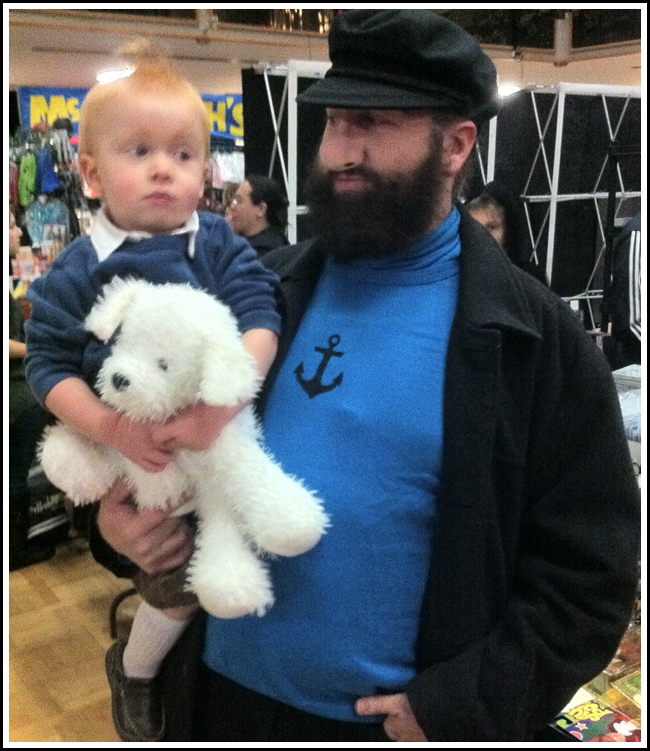 Good news, Tintin! You've discovered the Fountain of Youth! And now for the bad news....