London, Ontario's first comic book convention had so many costumes, even we couldn't guess them all. Can you?

London, Ontario's first comic book convention was a resounding success, doubling its attendance with 2,300 visitors. Not bad for a one-day con, but of course that also means there's a ton of costumes to sift through... more than we could even fit into last week's gallery. And several of them are obscure enough to stump some of the most well-read geeks out there.

So not only are we offering the remaining cosplay items, we're making it a little more challenging! Starting with Page #29, we're removing the text descriptions and seeing if you can guess who these individuals are! That's right, it's a game, and has nothing to do with being clueless ourselves. Nope.

But first, let's look at the more recognizable entries, starting with.... 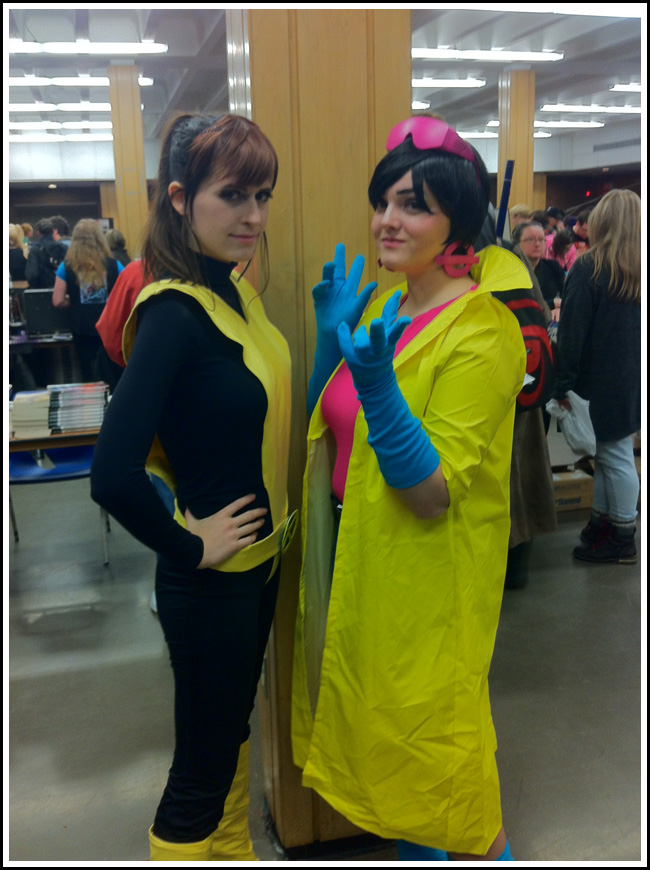 90s-era Jubilee meets a 2000-era New X-Man? Guess it's just another one of those Wednesdays for the mutant community.