Day two of Blizzard's big weekend was a showcase for some of the best and craziest cosplay you'll see in 2014.

If you weren't in Anaheim over the weekend, you missed out on Blizzcon 2014, and for that, I'm sorry. Not only did it see the reveal of Overwatch and footage from the Warcraft movie, but the cosplay was insane, just absolutely bonkers good. Obviously, you should have already checked out our day one cosplay gallery, which must mean you're ready for day 2. So here you go!

Related: see all of our Blizzcon 2014 coverage here!

Not only did fans create beautiful versions of humanoid characters as well as adorable crafted accessories - oh, and also an amazing Blingtron - but that's just the appetizer. Near the end of this gallery you'll see two of the most spectacular costumes I've ever personally seen up close. Read on, and enjoy. 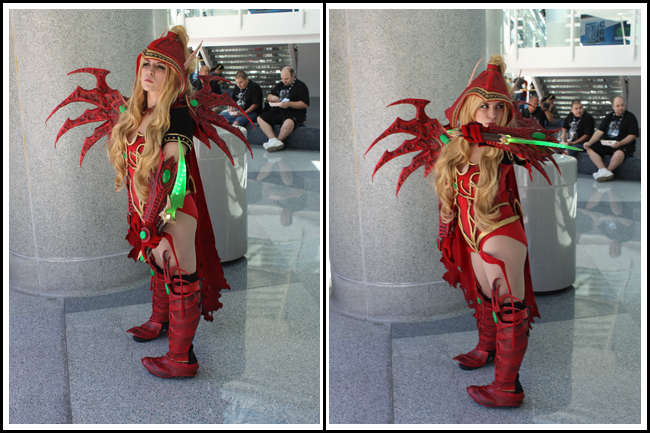