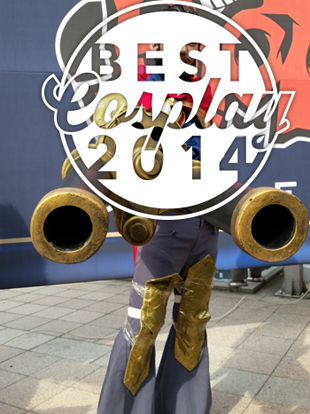 In Part 4, we pit Blizzcon fans against League of Legend Fans. Everyone wins!

2014 might finally be over, ut we're still looking back on the year for just a couple more days. Now, you might have noticed that The Escapist looked back on 2014 and awarding the best of the year in all categories we cover (see our best of the year nominees here.) Well, almost all. If you're particularly astute, you've also noticed that while we here on the Comics and Cosplay channel have nominated comics for end of the year awards, we didn't actually nominate any cosplayers.

Related: see The Year In Cosplay part one, part two, and part three.

Today and pay attention for the final installments of our look back on cosplay in 2014. Read on, and see part four of the series, selected by Ross Lincoln...