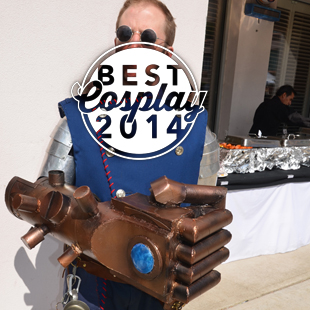 In the final part of this series, we look back on Borderlands, Animazement, The Steam Punk World's Fair, and more.

2014 is long dead, but we're not quite finished looking back on the year. Well, until today.

Now, no doubt you noticed that The Escapist gave out a ton of awards for the best of the year in all categories we cover (see our best of the year nominees here.) Well, almost all. If you're particularly astute, you've also noticed that while we here on the Comics and Cosplay channel nominated comics for end of the year awards, we didn't actually nominate any cosplayers.

Here's our final installment of the series. Read on, and behold the mind-blowing fantasticness.