Cosplayer Lady Jaded loves Black Cat, so she set up a whole photoshoot just for this costume.

Australian cosplayer Lady Jaded started a cosplay page on Facebook back in 2013. Since then she's brought to life characters as diverse as Princess Leia, Harley Quinn, Rogue, Zatanna, Mileena, and Lady Death. One of her favorite characters is Black Cat, who you might recognize as a friend-ally-lover-enemy of Spider-Man. She's attended many cosplay conventions in Australia as Black Cat, a costume she spent loving hours on to get right down to the most precise details.

The costume was created using a black catsuit with white fur sewn into the collar. The black gloves were cut and white fur trim was added from the elbow down to the little finger. The boots were originally thigh high, but were cut into the Black Cat shape and had fur added. The mask was comissioned to the precise sharp angle of Black Cat's, and the white wig was also ordered. Lady Jaded does her own makeup. 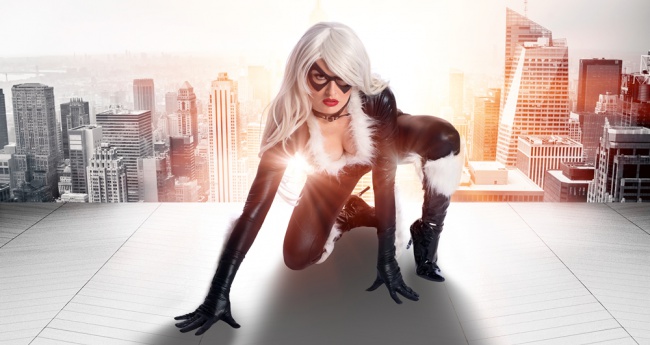