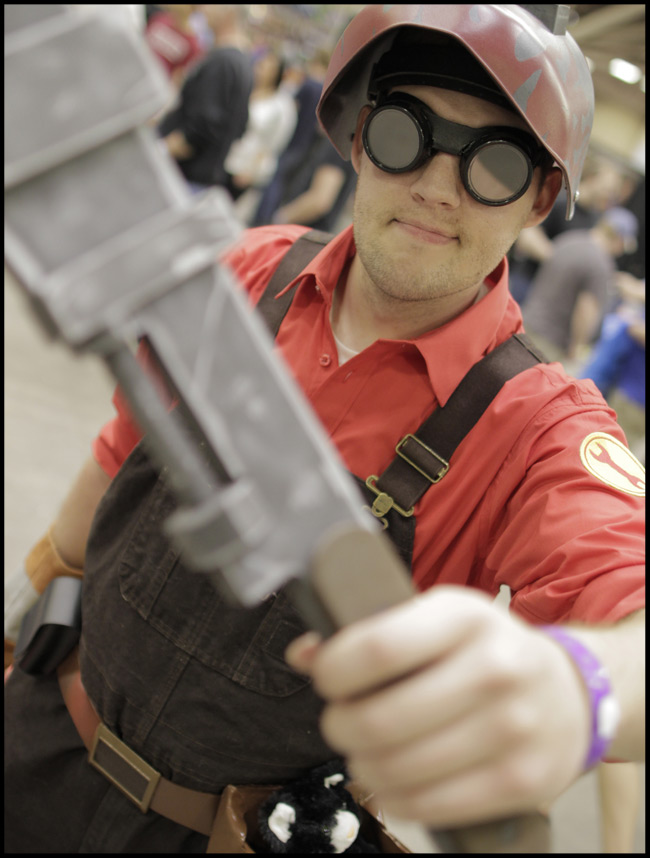 No nerdy convention would be complete without a few Team Fortress characters running around the show floor. Obviously, Josh Van Raden agrees.

According to Josh, this costume is modeled after the exact in-game engineer that he's been playing for the last eight years.