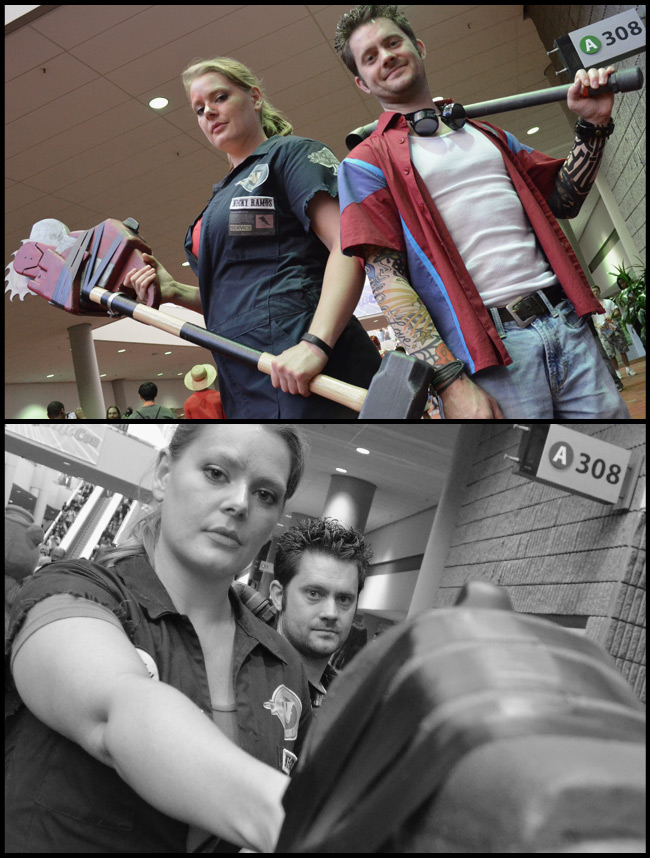 Dead Rising 3: Jesse and Heidi as Rhonda and Nick

Jesse and Heidi are married and they like to cosplay together, but Heidi is the brains of the operation. So, obviously, she took Dead Rising 3's main character for herself.

Jesse was happy to play along, though. While Heidi turned Dead Rising's Nick Ramos into a "Nicky," Jesse transformed Rhonda in "Rob."