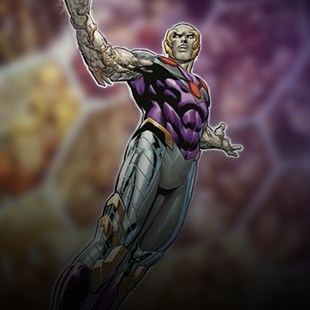 Convergence may be a sign that DC Comics is reconsidering The New 52... or that it's borrowing inspiration from Marvel.

This week, DC Comics unveiled a new crossover event for Summer 2015 called Convergence. In itself, that's not exactly a huge deal; DC and Marvel are constantly rolling out epic events on a fairly regular basis. But with Convergence DC Comics is doing something fans should sit up and pay attention to: Shutting down the New 52, and bringing back the pre-Flashpoint universe.

Well, temporarily anyway. But for two months, every New 52 book will be put on hiatus so that Convergence can bring back the heroes and characters we haven't seen in over two years. On top of that, Convergence reimagines DC's multiverse in a creative way, suggesting that none of the parallel universes we've seen are truly lost. Even better, it implies that DC Comics might be testing the waters in terms of bringing back the pre-New 52 timeline for good.

This all suggests there are some pretty big changes coming to DC Comics itself... until one realizes it might simply be about keeping pace with Marvel Comics.

Back up, Escapist. New 52? Flashpoint? What the heck are you talking about? 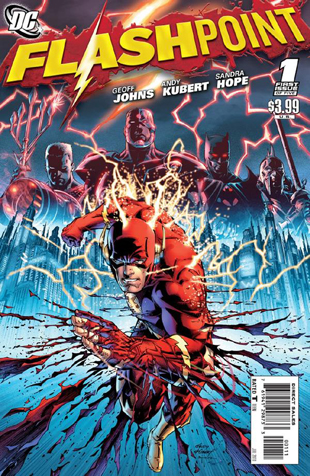 DC Comics is well-known for its constant stream of reboots and retcons ever since 1985's Crisis on Infinite Earths. Whenever stories, characters, or established continuity reaches the point where new readers can't jump on easily, some cosmic event crashes in to reset the status quo so a new stable of writers can work with a fresh slate. The last (and most dramatic) time this happened was during 2011's Flashpoint event, where The Flash realized time had been altered and fought to restore the universe.

The big twist of Flashpoint's ending is that Flash didn't "fix" the timeline at all. Sure, the DC Universe wasn't a dystopia anymore, but the butterfly effect of his meddling changed the default state of the universe... including his memories of what the "normal" universe was supposed to look like.

Now, instead of existing since World War II, superheroes only revealed themselves five years ago. Superman's decades-long marriage to Lois Lane never happened because Clark Kent couldn't express his feelings. Wonder Woman wasn't born from magic, but from a secret affair between Zeus and Hippolyta. Some of Batman's companions (like Stephanie Brown) never had the chance to become superheroes. Even the multiverse was affected, undoing the events of Crisis on Infinite Earths by sending the Justice Society back to a parallel dimension.

This new timeline was called "The New 52", named partly for its restructured 52 parallel dimensions. Naturally, almost everyone hated it. It was a massive change to DC canon that wiped out beloved versions of the characters readers grew up with. (In my case literally; I was born in 1985 and followed DC since 1993.) And while the New 52 isn't all bad, to many readers it will never be the "real" DC Universe. That's where Superman is happily married, the Flash has a family, and it makes sense that Batman raised four Robins in his lifetime.