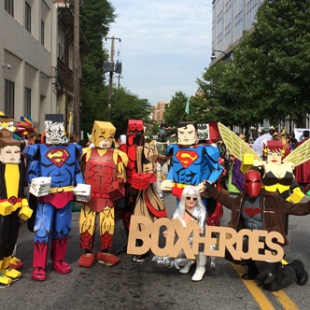 I must, with all due respect, call "Bullshit," plain and simple, on recent criticisms of the cosplay scene.

We come across different viewpoints on different subjects constantly, and while I may not always agree with those views, I do try my best to at least understand a person's train of thought. Every once in a while, though, there emerges a moment that strikes just the right balance between "WTF" and "you have to be kidding" . This is one of those times.

Pat Broderick is a comic book artist, best known for his work from the '70s through the mid-'90s on books like The Micronauts, Captain Marvel, The Fury of Firestorm, Green Lantern, and Doom 2099. He is also known for his work on the "Batman: Year Three" story arc that ran through issues #436-439 of DC's Batman series in 1989. However, his most recent impact in the industry had nothing to do with his artistic skills, but rather a Facebook post he made on Thursday.

"If you're a Cosplay personality, please don't send me a friend request," Brockerick said in the post. "If you're a convention promoter and you're building your show around cosplay events and mega multiple media guest don't invite me....You bring nothing of value to the shows, and if you're a promoter pushing cosplay as your main attraction you're not helping the industry or comics market."

"[C]osplay are just selfies in costume, and doing multiple selfies is about the highest expression of narcissium [sic]," Broderick added later in the post.

Frustrating? Yes, but on Saturday, after a flurry of controversy erupted, Broderick added fuel to the fire with another lengthy Facebook post in which he further elaborated his opinion, apologizing to "the injured parties", but going on to say:

" To those who antiquate [sic] their time and investment as an equaled effort to the years artist and writers have put into their trade, that's just wrong and untrue."

While Broderick's statements surprised a lot of folks and raised the ire of many in the cosplay community, his words also seemed to echo the comments of a few others in the comic book industry. Some feel as if the cosplay community has taken the focus off of ( in the words of Denise Dorman, writer, publicist, and wife of Star Wars illustrator, Dave Dorman) "The hard-working artists and creators who are the very foundation of this industry...the reason there even is an industry....those creatives who have busted their asses and spent money they perhaps didn't have to spare in order to be there exhibiting for-and accessible to-the fans...have been reduced to being the background wallpaper against which the cosplayers pose in their selfies." Others feel that the cosplayers are nothing more than a distraction that keep "real" fans from spending money at the shows, effectively cutting into the pros' bottom line.

To Broderick, Dorman, and other professionals who are looking for a scape goat or trying to make themselves feel better by looking down on the cosplay community, I must, with all due respect, call "Bullshit" ... plain and simple.

Related: These Damn Cosplaying Kids Need To Get Off My Lawn! 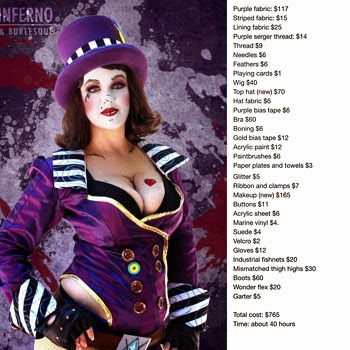 Let me start off by saying that I am not, by any stretch of the imagination, a cosplayer. The closest I've come to doing cosplay was probably the time back when I was a teenager and I volunteered to wear a seven foot tall grim reaper costume while standing on the side of the road to promote a costume shop for Halloween. That being said, I HAVE been a part of the comic community for more than twenty years now. I started off in retail, managing local shops, before ultimately writing and covering the comic book scene as a pop culture journalist, something I've done for more than ten years now. I've bounced around the country to different conventions and venues, and I've seen the industry AND its audience evolve over the years. I've also been extremely lucky to meet amazing and talented people, not only among professionals, but among the fans as well.

One example of the people I've been lucky enough to get to know is Envy Inferno. Envy is a cosplayer and performer in Florida whom I've gotten to know over the course of the past year or so and at various events. She does phenomenal costumes, cosplaying a range of characters including Black Widow, Duela Dent, Elizabeth (from Bioshock Infinite), and Mad Moxxi from Borderlands. Recently, Envy posted a breakdown of what it took to create her Moxxi character. The grand total came to over $750 and 40+ hours of work ... for one costume. And what drove her to pour so much into that costume? It wasn't for profit. It was because of her love of the character.