From the desk of Marshall Lemon

I've read comic books for about as long as I could read, and let me assure you: Picking the best books is hard. There are hundreds of comic books, mainstream, independent, and web-based, published every single month, and it's almost impossible to read them all while maintaining your livelihood.

But on the plus side, I can also assure you that there are lots of fantastic comics out there. Whether you're interested in the superheroes of the Big Two, licensed properties like Doctor Who, or simply diving into creator-owned books, there's a treasure trove of choices to pick from. And while I don't pretend I can represent them all, here are the comics of 2014 that had the biggest impact on me: 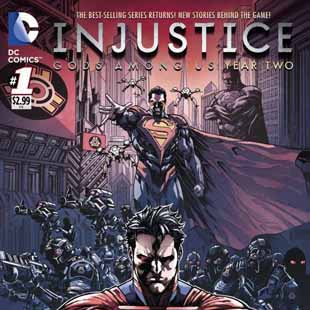 #5: Injustice: Gods Among Us Year Two

Superman is my favorite superhero, the all-powerful yet selfless do-gooder who wants the world to be a better place. I grew up with stories where his moral compass was made an essential part of his character. I was disappointed when Man of Steel failed to take full advantage of his heroic persona.

So keep that in mind when I say this: You should read Injustice: Gods Among Us because Superman is a fantastic villain.

Injustice gets that evil Superman isn't scary because he's some ultra-powerful bad guy. Evil Superman is terrifying because he's a corruption of the ideals he once believed in. If the "perfect" Superman represents humanity at its best, Injustice's Superman shows how those ideals go horribly wrong, making the DC Universe worse every time he "saves" it. For perhaps the first time, Superman has become a tragic hero who we sympathize with despite knowing that he needs to be stopped. That's pretty deep for what amounts to a long-form video game tie-in.

Combine that with his impact on the larger DC Universe, a war with the Green Lantern Corps, and the birth of Injustice's resistance movement, and Year Two proves itself to be a highly compelling read. But it's not the only solid DC Comics parallel dimension out there: 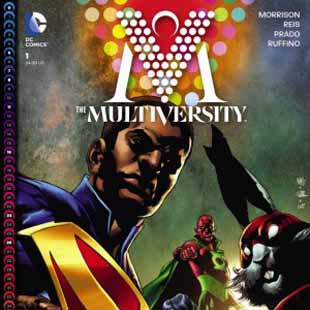 DC Comics once had an "Elseworlds" brand line dedicated entirely to rewriting iconic superheroes in parallel universes. Superman could be a Soviet hero or samurai warrior. Batman could hunt Jack the Ripper or be transformed into a vampire. Literally anything could happen, and it made for incredibly compelling stories until the imprint was retired once parallel universes became canonical again.

The beauty of Grant Morrison's The Multiversity is that it brings the joy of those stories back, all within the context of a shared multiverse. Where else could President Superman and Captain Carrot try to save a Marvel-ish dimension from invasion? Or where the children of superheroes become celebrities in the safe world their parents made? Or where we see what a modern-day Watchmen might have looked like with the original Charlton characters?

Morrison has crafted all of these into standalone stories, each packed to the brim with references to DC lore, making for an immensely satisfying read. And to top it all off, it's all canonical within the New 52's multiverse, without the need for a Convergence event legitimizing everything for fans. Its one flaw is that almost every issue ends on a cliffhanger, but if The Multiversity #2 can successfully tie each universe together? It will be a excellent addition to any DC Comics' multiversal library. 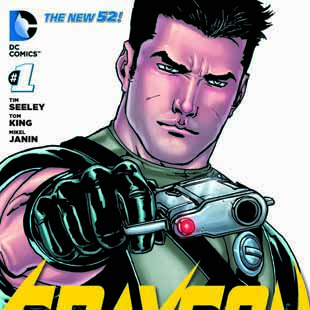 Grayson is one of those books that, at first glance, makes you wonder why it wasn't developed as an original concept. Why yank Nightwing out of his superhero role and stick him in a top-secret spy agency when you could just create a new character? While I certainly understand that feeling, in Greyson's case I'm glad it did. Not only does it offer a great perspective for how spy agencies would operate in an established superhero universe, Dick Grayson's moral compass creates a great deal of dramatic tension that just wouldn't be the same with some generic "good guy".

Outside of the novelty of seeing how an acrobatic ninja would get along with trigger-happy spies and assassins, Grayson's aesthetic tone is worth mentioning. It's like crossing Batman with the 1960s British Avengers show, while slipping in the occasional reference to DC Universe lore. That's an incredibly unique perspective compared to anything else the New 52 is offering, made all the better with sold writing and engaging artwork. Combined, that easily makes Grayson my favorite New 52 book currently on the shelves, and well worth getting into its opening issues. 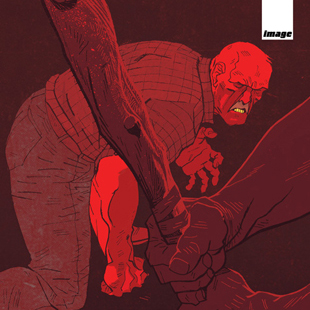 Reading Southern Bastards is like being punched in the stomach over-and-over by an uncomfortably enthusiastic football player, but once you get started it's almost impossible to turn away. The latest creator-owned comic from Scalped's Jason Aaron and Jason Latour,

Bastards tells the story of the people of Craw County, Alabama, where football is everything and will be kept that way, no matter the cost. Its first storyline introduced the conflict between Craw County's corrupt leader, Coach Boss, and the one man who chose to stand up to him, Earl Tubb. If this were say, a Western, it would be about how Tubbs' struggles were vindicated by the good citizens of Craw County, but this is the American South. And by the time you end the first storyline, you'll be painfully reminded of why life isn't like the movies.

But if Southern Bastards had ended in a neat and tidy way, it wouldn't be nearly as interesting; now it can expand its scope to include Craw County's murky history, competing crime bosses, and foreshadow the arrival of Tubb's family members. And the whole time, the reader is riveted in suspense, wondering what sickly twisted thing might happen next. By the time Southern Bastards is finished, it will likely be one of the best books of both Aaraon and Latour's careers, so you're well worth getting into it from the ground floor. 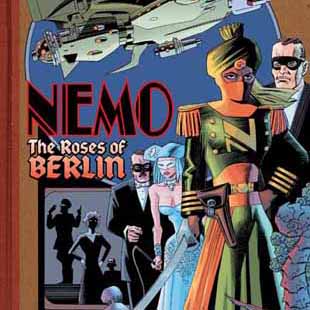 One of my favorite comic books is Alan Moore and Kevin O'Neill's The League of Extraordinary Gentlemen, which suggests that every fictional character lives within the same shared universe. It's a beautifully-realized concept that Moore and O'Neill took in fascinating directions since its launch, including the Nemo series of spin-off graphic novels.

The latest, Nemo: Roses of Berlin, follows the continuing adventures of Janni Nemo, daughter of the infamous captain from Twenty Thousand Leagues Under The Sea. But unlike Century, which wasn't especially kind in its portrayal of twentieth century fiction, Nemo returns to the exciting pulp spirit of the original League volumes. Set in a version of World War II Berlin inspired by Metropolis and The Great Dictator, Nemo and her lover Broad Arrow Jack must fight German-Tomanian soldiers and robots to rescue their daughter from an immortal adversary. Moore and O'Neill have crafted and impressive standalone story taking up a mere 56 pages, making for a fantastic read until their next League volume arrives. Don't miss it.