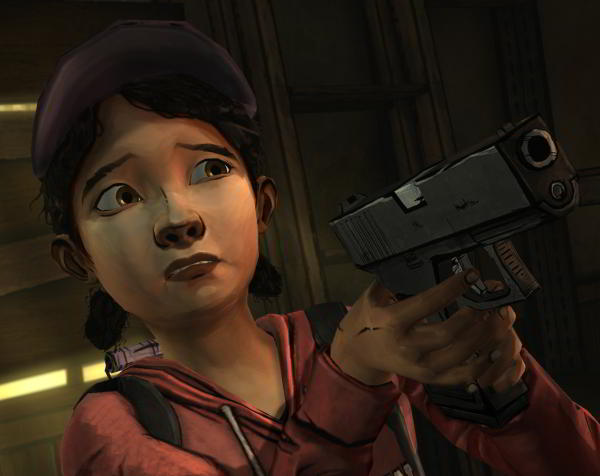 Remember how proud Lee was after teaching Clementine how to successfully shoot her first zombie in the head in Telltale's The Walking Dead? That's how I felt after teaching a young girl how to successfully program her first video game. Like Clementine and Lee, the girl and I are both African-Americans dealing with an industry where people who look like us don't get the most representation. So, when given the opportunity to teach game design at a summer camp predominately for Black children, it was the chance for me to make sure their video game future wasn't a zombie apocalypse. They'd be entering a potentially harsh and discouraging world, but at least they'd be ready.

Last summer, I was invited to work at The Generation Station, a facility in my New Jersey home town that provides care for senior citizens while also running a summer day camp for young children. Knowing that I had a decent knowledge of video games, the owners proposed the idea of a video game design camp created and taught by me. Running such a program had long been a fantasy of mine, so I took the offer (it was also a good excuse stop looking for internships.) However, the mostly female inaugural batch of campers was both smaller and younger than we had anticipated. That and the limited resources meant that if I was going to teach game design to these six to nine-year-old girls my plans had to change.

We spent the first few days on theory, talking and writing about what a game is and what makes it work. Between my Wii U and the children's iPads and 3DSs, we had plenty of games to pick apart and discuss. We then moved on to making games with Kodu Game Lab, an excellent free educational tool from Microsoft. The program's visual language, simple enough to be operated with Xbox 360 controllers, and robust tutorials allowed the kids to easily grasp complex concepts like if-then statements, symbolic variables, subroutines, and win conditions with relative ease. While Project Spark, the upcoming successor to Kodu, looks like a more capable tool overall, I was surprised by how effective and intuitive this nearly five-year-old program still was.

However, what was most surprising, and most pleasant, was just how enraptured the children were with the whole game making process. They would eagerly show me the "design documents" they wrote demonstrating just how awesome their game was going to be. They would anxiously wait their turn as I went from camper to camper checking out their prototypes and giving detailed feedback. Sure the little shooting, racing, exploration games they made needed a lot of help to even be remotely playable, but doing that testing and talking about why the game works or doesn't work was a key part of the learning experience. I even invited Mony Houser, a friend of mine who works at South Jersey-based game studio Island Officials, to give a guest lecture on sound design. There was a moment when we were all huddled together collaborating and designing away on our laptops that the room felt like a bustling little indie game studio by way of FUBU. It was equal parts amazing and adorable.

But in retrospect, it shouldn't be all that surprising. When the kids weren't working on their own games, they were constantly playing Minecraft, a game all about freedom and creation. These tools blow their minds and break down the arbitrary walls between player and creator, consumer and producer. "Video games aren't made by some faraway wizards," they realized. "They're made by people just like me, maybe even the same color as me."

Unfortunately, nothing lasts forever and camp was closed until next summer. However, the idea of teaching children about game design was still on my mind. So I decided to do some learning myself and talked to a few knowledgeable folks about the larger world of education through video games.

"We're starting our Silver Age, there's a real renaissance happening," says Rob Lockhart, creative director for Important Little Games. Game labs, non-profits organizations like The Institute of Play, and other specialized studios like Filament Games are evolving and expanding the educational games space with new research. Meanwhile, Lockhart's latest project, Codemancer, combines valuable coding lessons with an engaging fantasy game world where programming equals magic. The original language the game uses is based on Logo, one of the first programming languages created for kids in 1967.