While Lockhart believes that some kids respond well to tools purely made for free expression, others will see it and think, "There's nothing to do." Therefore, with Codemancer the goal is to merge education and room for creativity with focused game elements. "If you can separate the educational part of the game from the fun part, then one of those has become a chore. As a designer, you're not doing your job." 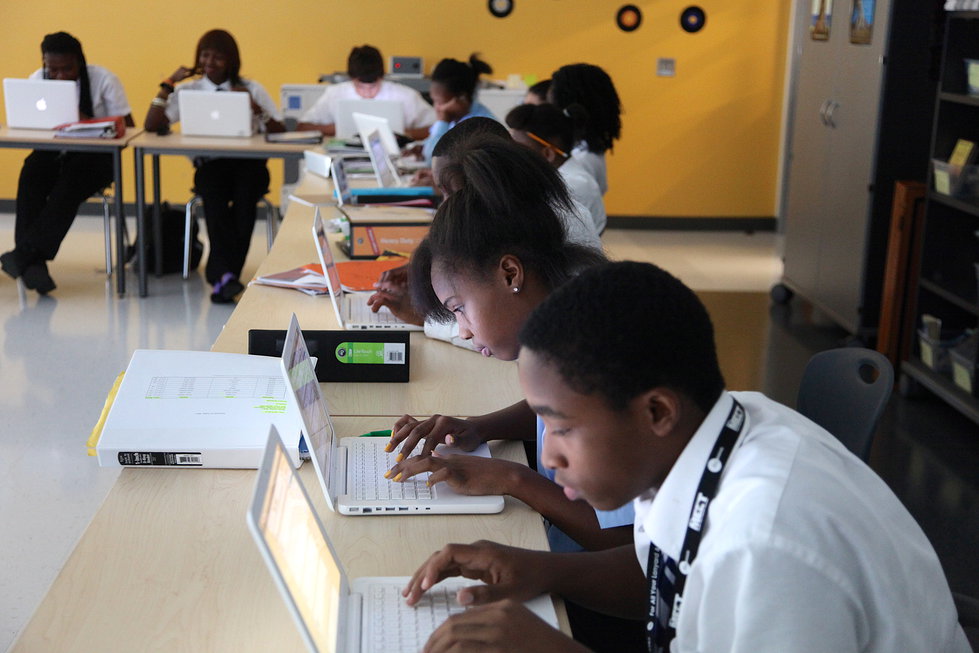 Meanwhile, other game designers are passing on their knowledge to teachers to help make classes themselves more engaging, or to use a dreaded buzzword, to "gamify" classes. When John Murphy isn't making games with developer Young Horses, creators of the recent Octodad: Dadliest Catch, he's training teachers to think more like game designers at the charter school ChicagoQuest. "My job is to either think of existing game mechanics or make up game mechanics that mirror how some real-life concept works," says Murphy. "During a curriculum design meeting teachers will says 'we want to teach cells' and to me that sounds like a tower defense game. We'll then work backwards from there."

Located in the historically diverse Near North Side area of Chicago in what used to be the Cabrini-Green public housing project, ChicagoQuest primarily uses games as a means of teaching other subjects like science and math. The school's philosophy believes that games, digital and analog, can better explain the complex systems kids should understand to succeed in life. However, older students, through classes and externship programs, do get to learn programming and coding or "digital media for its own sake." According to Murphy, who works with students directly in addition to aiding teachers, students can then "determine for themselves that they really like designing and maybe end up being a game designer."

Lockhart and Murphy's work at Important Little Games and ChicagoQuest respectively are both noble endeavors at educating children about video games. But what made my camp such a personally rewarding experience was how it reached out specifically to Black youth. So I still wanted to find an initiative that did the same, especially with it now being Black History Month. The Electronic Software Association minority scholarship was a good start, but was that all? Enter Black Girls Code. 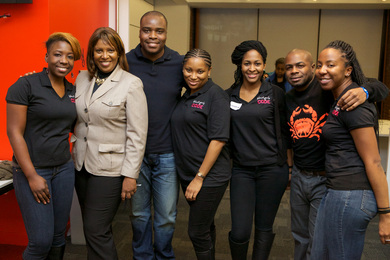 "Many students, as well as parents, we work with don't have much access to technology," says Kimberly Bryant, founder of Black Girls Code. "They aren't aware it can be a viable career path until we open their minds to it." This Silicon Valley non-profit organization introduces computer science to young women of color in the hopes of fostering a more diverse generation of future coders. "Our after-school programs focus on computer science training in a culturally sensitive environment taught and facilitated by professionals."

Transitioning into these workshops is easy for students because they are already "digital natives" according to Bryant. They know technology; they just need access and mentorship. Meanwhile, as the first group of its kind, the response to Black Girls Code has been extremely positive. Although the group already has locations in seven U.S. cities, as well as Johannesburg, South Africa, the sheer amount of interest in the program is allowing them to expand. "We have more demand than we can meet," Bryant said. "There's a huge need for programs of this type."

Entering the world of video games as a young black girl might not be quite as devastating as Clementine's struggle in The Walking Dead, but the industry definitely isn't as diverse or welcoming as it could and should be. However, with the next generation of creators learning design through games like Codemancer, special schools like ChicagoQuest, or minority-specific organizations like Black Girls Code, the color of the future looks encouraging. I only hope that, in some small way, my camp contributed that to better future too.

Jordan Minor is a freelance writer who can't wait to use his fancy Northwestern University journalism degree to mostly write about video games. Follow him on Twitter (@jordanwminor) or email him at [email protected].