Can a video game save a life? In light of how many digital lives players snuff out on a daily basis it may seem counterintuitive, but it's an aspect of gaming that is quickly gaining credibility. The rise of indie developers has seen the emergence of games that deal prominently with serious social topics such as bullying and sexism, as well as physical and mental health. Stories of people who owe their lives to these games have not been far behind. High School Story is a mobile high school-themed game by Pixelberry Studios, a team of former EA developers. It combines simulation with story-driven quests, and has seen over six million downloads to date. 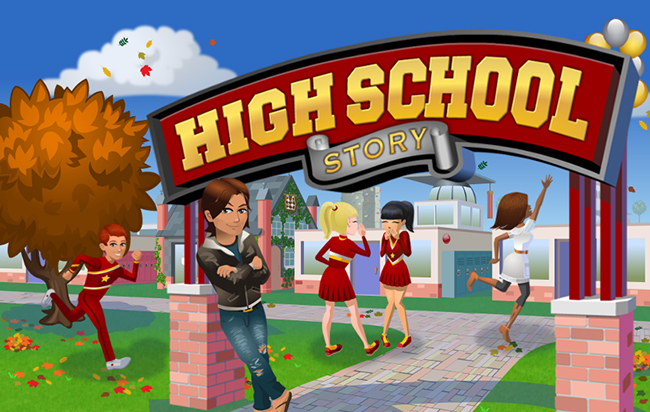 The team decided to use the innate drama of high school to talk about issues affecting young people. In recent months they have added a cyber-bullying-themed quest that aims to help those who are victim to it in real life. "I was reading an article about a girl in Florida who committed suicide because she was cyber-bullied," says Oliver Miao, CEO of Pixelberry. The story resonated with him as he had been bullied at school, and it made the team realize that High School Story was the perfect vehicle for addressing the issue. "It's a digital game played on a phone, we had a lot of reach with teenagers, and we thought that this would be a way in which we could make a difference," says Miao.

They were quickly proved right. While the team was writing the quest, they received a message from a High School Story player via the in-game support system that is chiefly intended for reporting technical issues. "They told us they were planning to kill themselves," says Miao. "We were really shocked. It was also something we realized we had no expertise in."

As a relatively modern issue, there is a great deal of misunderstanding about cyber-bullying. Due to its online nature -- it takes place on social media, YouTube, games, etc. -- many believe it's a problem victims should simply ignore.

Dr. Mark Kline is a clinical psychologist who consults to U.S. schools, and often advises on bullying. He sees cyber-bullying as equally hurtful as physical abuse. "Younger people very easily get inducted into relationships with people they don't know, whose opinions about them they come to value very highly," he said. "In this way they're very vulnerable to being manipulated and abused." He gives the example of a teenage girl whose self-conscious about her body having a revealing photo posted online for others to comment upon. "That can be a horrifying and upsetting experience. That can really push kids into a deep depression."

The team at Pixelberry knew they had to help this player who had reached out to them. They sought advice from a suicide prevention hotline. "We were pushing them to get professional help, but we also wanted them to know that we cared about them," Miao said. After a week of messaging back and forth the player decided to seek professional help. "She said it was because of our game that she was still there."

The experience galvanized the writing of the cyber-bullying quest, and led Pixelberry to team up with Cybersmile, a cyber-bullying support charity. "It's a scary thing to acknowledge, and I think [the player] felt more comfortable reaching out to us," Miao said. It offered a direct example of how powerful their game could be.

It might seem strange to seek help from unknown game developers rather than from someone in real life, but it's indicative of the same sense of attachment that causes some players to issue death threats when their favourite game is tweaked even a little, or to queue for hours at special events to meet voice actors. "My guess is that she felt like she had a relationship with the game developer," Kline said. "They have felt empathized with by the game developer so they can trust them to be understanding of this and to handle it well."

Many young people find it too difficult to talk to their parents or teachers for fear of being misunderstood, or they simply don't have anyone else to tell. This could be why stories of young people finding help in video games are becoming common.