Now, perhaps you're more like some of the people we read on message boards that say "Privacy is dead. I've got nothing to hide - why should I care who has my information?" Privacy means different things to different people, and it's easy to respond with a kind of resigned shrug when it comes to protecting your data. However, even if you don't care about random strangers cataloguing your sexual preferences, you might care more about salespeople knowing your in-depth economic tendencies. One data mining company called DeltaDNA uses a player's in-game actions to predict their "revenue potential" as well as how likely they are to promote the game to others on social networks. Players who are "scored" as likely to spend money are likely to receive offers that differ from those players that are at risk of leaving the game.

Targeted offers are one thing, but how would you feel if you found out that your game got artificially harder for you simply because an algorithm had deduced you might be willing to pay real-money for some powerups? It's a very slippery and very dangerous slope. 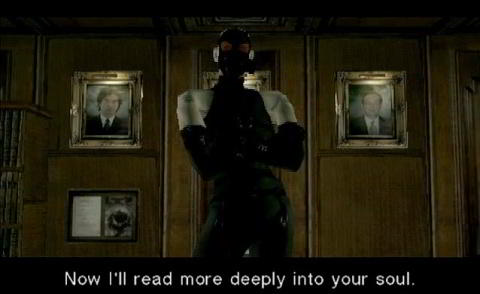 Is there a solution to all this? Well, there are a host of laws that affect game developers in what they can and can't do with your data. The Federal Trade Commission is very involved in policing against developers who engage in "unfair or deceptive trade practices" involving player data. (The FTC recently cracked down on a mobile flashlight app that shared users' location and device IDs without their knowledge). The Entertainment Software Ratings Board (ESRB) as well as hardware providers are also reacting to player concerns about privacy - for instance, Microsoft responded to public criticism about Kinect 2.0 by reversing its policies about the whole "always on" thing.

Regardless, there's plenty of legal gray area here. And coming up with rules that keep pace with constantly-evolving tech is surprisingly tough. To illustrate this difficulty: imagine if there was a rule that games had to get the player's notice and consent before they collected and used player data for any purpose. Now think about the famous fourth-wall breaking moment in Metal Gear Solid when Psycho Mantis "reads your mind" (or more accurately, read the contents of your memory card) and commented on your gameplay habits. Had Metal Gear Solid announced it intended to scan the player's data and asked for permission to do so, the surprise of Psycho Mantis's "psychic demonstration" - an enjoyable and ultimately privacy-benign moment - would have been ruined.

So, what to do? Ultimately, there's no single rule that game developers can follow to avoid being "creepy" with player data. There are certainly lines that shouldn't be crossed (using psychographic data to secretly price discriminate against players is pretty much a no-no), but this is still an emerging field. As people start to pay more attention to the very rich types data that games can provide, new guidelines and player expectations will need to be developed and tweaked.

In the meantime, it's worth taking the time to think about all the ways your games are tracking you, and take action to protect yourself if you don't feel comfortable with it (including choosing to play offline). Remember that just because a game asks you for your information doesn't mean you always have to provide it.