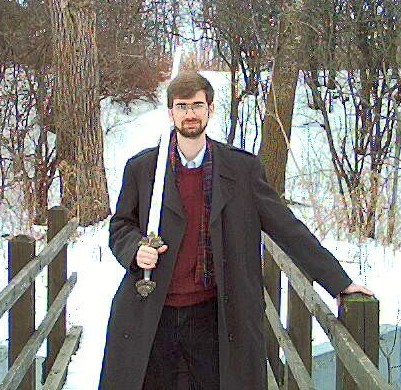 I was there when it all changed.

Permit me to explain. Back around October 2000, in the wake of the upcoming publication of my very first book (an e-book titled Diablo: Demonsbane), I pitched a radical idea to one of the people running the fansite DiabloII.net: a regular column running every two weeks covering video game issues. Not reviews or strategy guides, but issues. The column would be named Garwulf's Corner, after one of my Battle.net characters.

At the time, this concept was revolutionary. Consider the video game media today. It has its scandals, but it also has a lot of breadth and depth in the types of writing you'll encounter. There's industry news, analysis, criticism, op-ed pieces, reviews, previews, and the occasional strategy guide. There are more and more videos with commentary and analysis. But, back then, it was a different world.

There were two main printed magazines for fans of non-console gaming in January 2000 -- Computer Gaming World and PC Gamer. Computer Gaming World took it as a point of pride that they required reviewers to actually finish the game before writing a review, and declared that made their reviews better, although in many ways the coverage by both magazines was so similar it made them almost interchangeable. Online, there were fan sites, forums, and a couple of new video game sites that had recently emerged -- IGN was on the scene, as was GameSpot and the GameSpy's Planet Network. But, with all of these websites and publications, there were really only three kinds of articles published - reviews, previews, and strategy guides.

That's not to say there weren't outliers. Jessica Mulligan had spent years running an industry insider column titled Biting the Hand, but it dealt with issues on the developer side rather than the game content itself. To do a regular column ignoring the usual review-preview-strategy guide trifecta of game articles and take a more in-depth look at computer game content ... that was something new.

Pitching Garwulf's Corner was easy -- Diabloii.net had interviewed me during the publicity stage of Demonsbane, and the site owners had been quite friendly. I told them I wanted to do a regular column and asked if they'd be interested, and they said "Yes." As for why I pitched the column, it was a project that was a long time coming. I had spent month after month reading the gaming magazines at Digital Gamer -- a LAN gaming place in Kingston my friends and I frequented -- and being frustrated with the shallowness of the coverage. In 1998 I had sent an article about where the computer game fit into the modern mythology to Computer Gaming World, and while Johnny Wilson (CGW's editor) wasn't interested in it, he had liked my style and offered me the chance to review Myth II, kicking off my professional writing career. But, I wanted to do more - I wanted to write about computer games as an art form, and engage with what their content actually meant. I didn't care about reviews, or strategy guides, or how well a new graphics engine would be able to render a trenchcoat. With nobody writing the sort of things about computer games that I wanted to read, it seemed logical to just write a column saying them myself.

The way I wrote the column was heavily inspired by Harlan Ellison's An Edge in My Voice, which had been reprinted in Edgeworks Volume I when I was an undergraduate. From Ellison I learned that the important thing for a columnist was to raise the question - being right was useful, being informed was essential, but being able to provoke an intelligent discussion was the victory condition.

The topics were inspired by whatever had struck my fancy -- most of them used Diablo as a starting point, but then drifted to other games. The style was conversational, using an irreverent humor with copious fruit references that allowed me to broach occasionally more difficult topics without becoming too preachy.