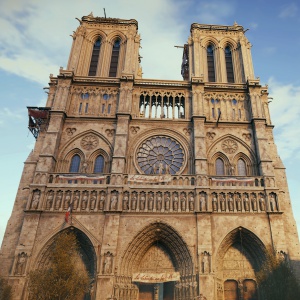 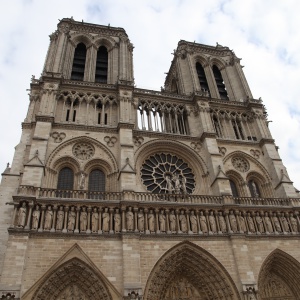 While the other landmarks in Paris are certainly impressive, it's no surprise that Notre Dame is Assassin's Creed Unity's centerpiece. Some of the other other buildings have been compressed to make Paris fit into a tighter game space, but Notre Dame is being created in game nearly to scale. This makes for some impressive views when looking out across Paris from the top of the towers.

The famous cathedral started construction in 1163 and was completed in 1345. The Notre Dame in game didn't take quite as long, but it still represented 14 months of research and production, or 5,000 hours, to recreate the interior and exterior. Interestingly, this trip was the first time that the level artist in charge of creating Notre Dame in game was seeing the cathedral in real life.

Some other interesting trivia, the cathedral itself is public domain, but much the the interior, like the stain glass windows, is not. So the developers had to come up with their own designs for these windows. They also included colored glass though at the time the windows would have been simple clear glass. Other structural elements are further anachronisms making the building more recognizable to modern viewers, and the interior is strung with wire and censors in order to make it a more navigable area for players. 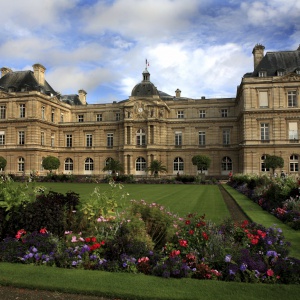 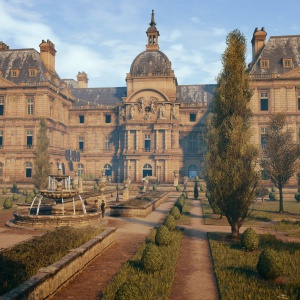 Paris is a city rich with history, so there are many other landmarks that made it into the game. Even with some of the scaling done, Paris is still the largest city ever done in an Assassin's Creed game, and when you include all the interior space and undergrounds the total game area brings it up to being around three times the space of any other game.

All told, Paris and the French Revolution looks to be Assassin's Creed's most interesting setting yet. I really enjoyed seeing how the developers at Ubisoft slightly warp history to make for a better game experience. If you want to know more about the game, you can read about our hands on time with it here. Assassin's Creed Unity will be available Nov 11th on PC, PS4 and Xbox One.