With 126 champions, over 100 items, dozens of runes, and mastery points, diving into League of Legends can be a daunting task for new players. The game has a notoriously high skill cap, and players are constantly adopting new strategies, item builds, and team compositions. While Riot provides support by offering tutorials and item recommendations (which are often wrong in the current metagame), it is not enough to cover every aspect of the game. In this article, I'll go over the basics that new players need to know in order to dominate the field of justice. 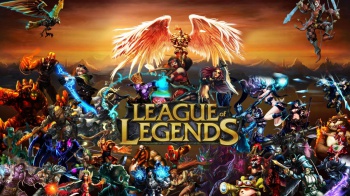 One of the most important aspects in League of Legends is earning gold. Gold is the in-game currency used to buy armor, weapons, wards, and consumables. Gold directly affects your champion: The more gold you have, the more items you can afford, and thus the more powerful your champion is.

Although gold can be earned by killing champions, towers, and other objectives, the most important method is by farming minions. Minions spawn periodically throughout the game, and each minion is worth a small amount of gold; however, you only earn gold from the minion if you kill it with a finishing blow. This concept is known as "last hitting" in the League community.

Last hitting is an incredibly important skill for new players to learn because it is the most reliable way to earn gold. Even though champion kills are worth more than killing a minion, you cannot rely on champion kills as your main source of gold since champions can get away and fight back. My best advice for new players is to create custom game and just practice last hitting minions. Every champion has different attack animation so get comfortable with your champion's range and speed. Also, learn how much damage your spells do, and watch how much damage ally minions do as well. Once you get confident in your last hitting skills, start playing normal games and practice farming while fighting real opponents.

Oh, and when last hitting as a group, it's best to let the mages, assassins, or ranged carries get the last hits; However, if a teammate is close to buying an essential item, let them have the gold instead... 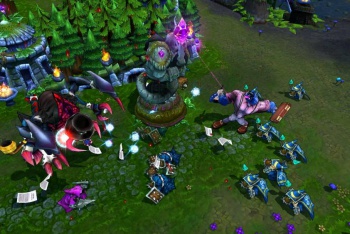 Another crucial skill new players must learn in order to become successful is warding. Wards are items that can be purchased at the shop or obtained through the yellow trinket, an upgrade available to all champions at the start of the game. Wards grant players and their allies vision for a limited duration and can be placed anywhere on the map. Furthermore, players can buy two different ward variations: Green wards are invisible and grant vision, while pink wards grant vision and detect invisible units, including enemy wards and stealth champions. So make sure to protect pink wards or hide them so they're not destroyed by the enemy team.

Many players overlook wards because they don't increase combat stats. Wards will save you during the early game since they provide valuable vision near your lane and in the river, which is where enemy junglers usually attack from. In most games, enemy junglers will get their blue and red buff, then look to gank - leaving the jungle to attack an enemy lane. Place a ward near the river soon after the game starts. If you're in the middle lane, ward one side and stick close to it. A well-placed ward can warn you of those encroaching junglers and prevent a death.

Furthermore, wards can be used keep track of important objectives as well. Objectives such as dragons, barons, towers, and jungle buffs need to be watched because of their individual and global bonuses. Placing green wards near these objectives makes it difficult for the enemy team to contest them. Alternatively, wards can be used when taking these objectives. If a ward spots an enemy on the other side of the map, then it lets your team know that pushing a tower, or killing a buff is safe because the enemy team is unprepared to contest you.

Wards play a critical role in a larger concept called map awareness. We'll talk about that next.