Specific cases like those from the homicide desk hearken back to the real Black Dahlia murder. A series of women killed in similar ways led detectives both in real life and the game to debate if they were connected or not. Galloway and Phelps' conversation mentions the Short murder, as Elizabeth Short's murder was the case that gave the Black Dahlia killer its name (inspired by the film, The Blue Dahlia). L.A. Noire is particularly clever in its resolution to this case; in real life, the B.D. killer was never caught, but in the game, the killer's family connections suppress any publication of his identity. In this way, the game's plot is entirely consistent with actual history.

Phelps' police department may treat suspects in violation of today's rights, but police had relatively few restrictions prior to the 1960s. The Supreme Court case Gideon v. Wainwright in 1963 promised for the first time that felony defendants had a constitutional right to a defense attorney. The 1966 Miranda v. Arizona required police to inform suspects of their rights before interrogation. In 1947, however, neither of these landmark cases had happened, and suspects' rights existed as a vague idea, if at all. Gamers who think modern police are too restricted today can look at the 1940s as a better time. Those who are appalled by Phelps and his peers can take comfort in the greater rights suspects have today. 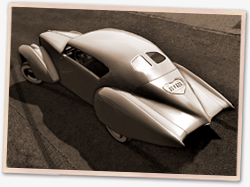 I tend to criticize media for excluding people of color and women, or casting them in subservient roles. L.A. Noire does this, but in a historically accurate way: detectives in the 1940s were virtually all white men, whose only diversity was between Poles (Bekwosky) and Irish (Galloway). The only women on the police force work for Records and Identification and answering the phones, and the only police officer of color is Latino Patrolman Gonzalez. That said, the only person of Asian ancestry works at a laundry, and African-Americans are either railroad employees or drug-addict musicians. Yes, large numbers of people of color were legally and socially forced into specific service positions, but I would have loved to see characters of color in non-stereotypical (but still historically accurate) roles. Cases about interracial couples or gay rights or immigration issues would provide even more insights into themes in both the game's time and today.

Galloway's sexism and Earle's racism are typical of criticisms of law enforcement of the time. Even moderate Bekowksy prides himself on serving during the Zoot Suit Riots, in which the L.A.P.D. helped Navy sailors terrorize Mexican-American youths. Note that Phelps, with the exception of cheating on his wife, is relatively modern in his outlook. He's far less sexist and less racist than his peers, treating women and people of color with relative respect. This comparative egalitarianism makes him a more likable protagonist to us if not to his peers.

Phelps' biography provides insights on the early 20th century and helps to explain why he always seems distant from his peers, whether in the Marines or the L.A.P.D. Phelps grew up in San Francisco, which had a substantial Japanese-American population before Japanese Internment demanded they sell their property for pennies on the dollar. Phelps' family shipping business with Japan fostered more empathy than most Americans had at the time, like when Phelps points out that the U.S. embargoed oil to Japan before Pearl Harbor. Phelps also attended Stanford at a time before the G.I. Bill made college educations common. He went directly from the Recruit Officer Training Corps to Officer Candidate School, as opposed to serving as a combat soldier and earning promotions before O.C.S. The soldiers under his command likely saw more combat than Phelps did, increasing tensions between them.