When summer came along we found out that we had been approved by the NGP! We got about 40,000 Euro in development support, which helped enormously, and with this money we knew that we would easily be set for a while. Despite our current satisfaction with Paradox, our goal was to build a prototype and shop it around. We did not want to settle for a publisher before checking what other opportunities might be available. 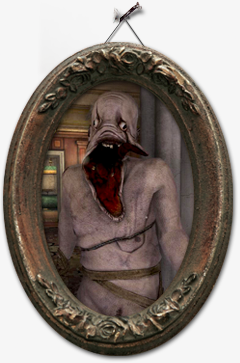 During the summer of 2008, we went into crunch mode with Requiem in order to make it ready for release. By the end of August the expansion was done and we were free to focus our full development time on the new title. At this point we had the core engine features, very basic gameplay mechanics, and a simple version of the level editor done. The game's design had low-level mechanics similar to Penumbra (the physics interaction, basically), but a very different high level design. For example, the game was divided into several hub areas that connected all of the game's levels. By solving certain quests, new levels would become accessible and eventually lead the player into a new hub. Each level even saved stats such as quests completed, items found, and best completion time. The whole setup was very similar to Mario 64.

While we had the lowest and highest levels of the design done, we were quite unsure of the middle ground. Exactly what kind of easily repeatable gameplay should the player engage in? This proved to be a harder nut to crack, and the things we tried ended up not working. We backed up a bit and revisited a more Penumbra-like approach (where levels are like mini-games), and also added weapons and other tools to the features.

Work on the story also picked up pace and we outlined a story about a secret society doing strange things in a castle. Our intention was to tell the story not only through notes and voiced monologues (like we did in Penumbra) but also using direct dialog with characters.

During the fall we had started discussions with various publishers. We were mostly involved with Paradox, but we made sure to keep our options open. The biggest decision we had to make was whether we wanted a full-financing deal (which meant no IP and lesser royalties) or if we could finance it partly ourselves. This would mean some kind of bank loan, which would obviously be very risky. In order to figure out more exact details on these two kinds of deals, we slowly started some negotiating.

As 2008 was drawing to a close, we changed the game's name to Unknown, moving away from the awkward Lux Tenebras. It still wasn't great, but we thought it would suffice.

Entering the Unknown
In December of 2008 we were done with the prototype originally pitched for the Nordic Game Program, marking a major milestone. We had worked out the basic pipeline for making content and had implemented most of the basic gameplay needed. However, the game just didn't feel engaging. While this raised some worries, we convinced ourselves that adding more features would fix the problem.

We also started running into issues with the publisher hunt. While we did find some interested parties, the terms were very hard to pin down. We felt we had to go with something, so at the start of the year we decided to explore the option of securing a loan in addition to getting funding from Paradox. Paradox was pleased with this, as it meant lower risk for them. Nothing was officially determined, but we informally agreed this was the route to take. However, pressed for funds and finding it impossible to secure a loan, we eventually had to renegotiate with Paradox. This made them quite upset and we were close to getting no deal at all. Eventually we did agree to some terms with a now increasingly annoyed Paradox.