And how else are new fans going to experience titles like these? Sure, there are plenty of casual-friendly games on the Xbox Live Arcade and PlayStation Store, but without a reason to buy the consoles in the first place, there is next to zero chance that someone new to gaming would ever consider the pricey purchase needed to enjoy them. But by creating a vibrant marketplace for its top-selling smartphone line, Apple has become what Nintendo was for so many of us. 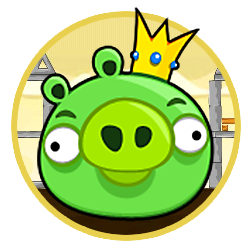 The company took this commitment to gaming a step further in 2010 with the launch of Game Center - a built-in pseudo social network that lets users add friends, send invites to each other, and compare scores. It also lets you browse global and regional leaderboards to see how you stack up against the rest of the gaming populous. It's what old-school arcade fanatics always dreamed of having after besting all their friends high scores on games like Space Invaders - which, by the way, you can also play multiple flavors of on your iPhone.

And as Apple continually releases more powerful versions of the handset, new, more visually impressive titles have also appeared. Infinity Blade has both high production values and HD graphics, providing iPhone owners with a taste of what a console-level game can offer. Developer id took this idea to the next level by releasing Rage, an on-rails first-person-shooter with a full-fledged consoler counterpart. Mobile players can dispatch grotesque enemies on the go for just a couple of dollars, but if they get hooked they may soon find themselves in the checkout line of a local electronics store with an Xbox 360 in hand.

The best part of the iPhone and the marketplace around which this new gaming culture has been birthed: the games don't go away. You can still buy the iPhone versions of Moto Chaser, Doom, Flight Control, Zenonia, and Rage, in a matter of seconds. And with ridiculous hardware sales figures piling up - millions of iPhones have been sold in 2011 alone - there is no shortage of new would-be gamers to try them out.

So while many diehards may credit Tetris or Sonic the Hedgehog with steering them down the path to gamerdom, new gamers young and old can instead point to Fruit Ninja and Doodle Jump as their entry point. Angry Birds is the new Super Mario Bros. , Game Center is the new arcade leaderboard, and the iPhone is the new game console of choice.

Mike has been a gamer since the Atari 2600 days, and holds a somewhat unhealthy adoration for Mega Man. He is the Senior News Editor for Tecca, which specializes in consumer technology.