Bill Cosby is known for many things, his hilarious stand up comedy, very successful television programs and most of all his choice of sweaters. Bundle up in your zaniest sweater and enjoy Bill Cosby in all of his colorful wonderment. 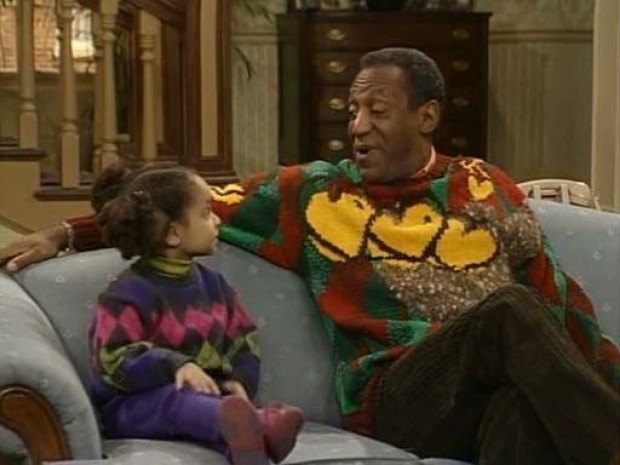 Mr. Cosby always paired his sweaters with the topics he would be talking about. In this picture, he is obviously talking about the migraines the sweaters were causing on the set.