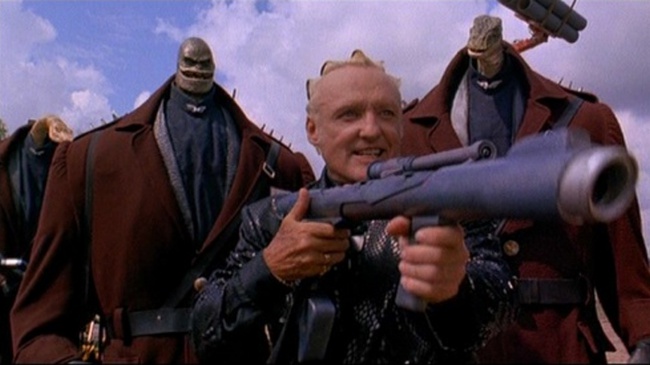 The Super Mario Bros. movie may not have been the best thing since sliced bread, as many had hoped it would be. It's still an interesting retelling of the origin of the characters. Everyone may remember this movie as being over the top and pretty campy to a fault, but look at the people that it took to make such an oddly surreal film. You've got Bob Hoskins as Mario, John Leguizamo as Luigi, and Dennis Hopper as King Koopa. This movie should be considered a classic just based on the talent that they had at their disposal and exactly what they decided to do with said talent.