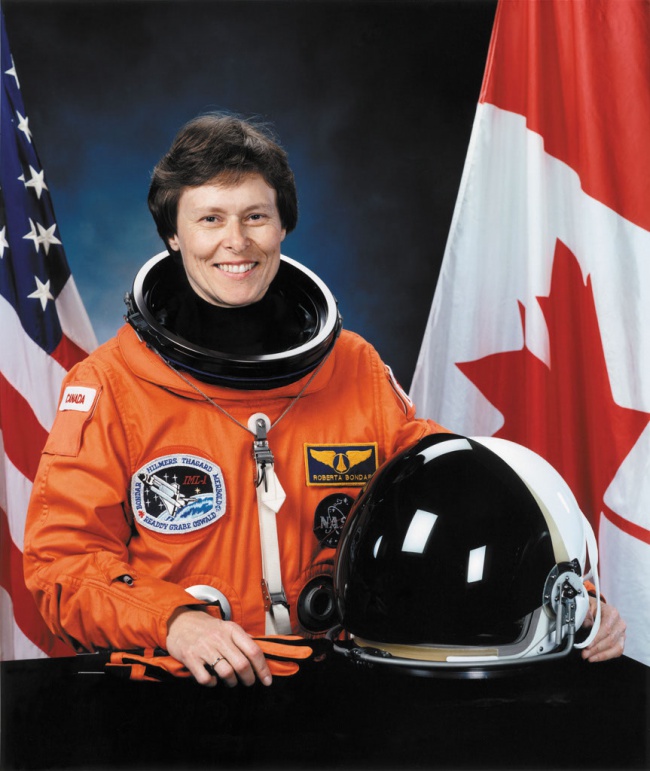 Roberta Bondar is the first Canadian female astronaut, and also the first neurologist in space. Her lone mission to space was aboard the Space Shuttle Discovery, where she performed experiments in Spacelab. After her career as an astronaut she became NASA's head of space medicine. She has also been inducted into the Canadian Medical Hall of Fame.