With the premier of Sharknado 2: The Second One, we give you eight other great SyFy movies. They aren't all about sharks and tornadoes, one is about sharks that are ghosts. Heck, we even have a Mansquito. They're so bad that they're really bad. 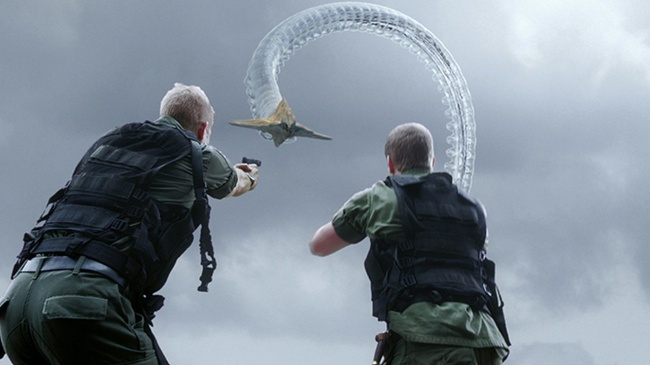 SyFy's Bermuda Tentacles features Linda Hamilton as an Admiral Hansen, she leads the US Navy as they work to save Air Force One when it goes down in the Bermuda Triangle. It's not that easy, because then the Navy shows up they release their very own kraken. It's nice to see that Linda Hamilton is still working.