Happy Talk Like a Pirate Day! To celebrate this festive occasion we are giving you eight pirates you probably haven't heard of, so expect to learn something new. Arrrgh. 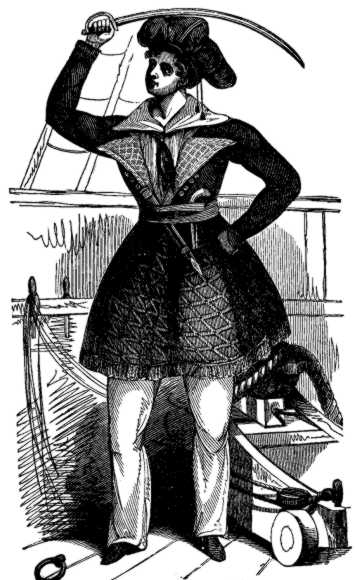 The career of the pirate Awilda was a short one, to avoid an arranged marriage she and her cohorts took control of a ship. While on their way they came across a pirate vessel that was lacking a captain, of course she was made their leader. Her ship was then set upon by her proposed husband, he didn't know that she was the leader of this motley crew, and upon seeing how brave he was in the attack she revealed herself and ended up marrying him and becoming the queen of Denmark. Why hasn't this been made into a Disney movie?

Related to:
schuyler j. dievendorfgallery of the daypiratesvideo games
0
Tweet