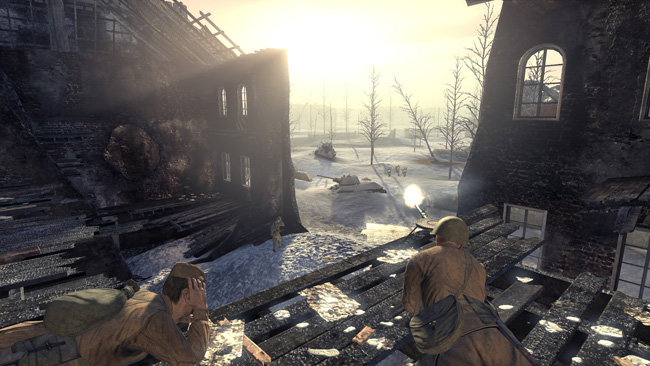 I lost a lot of hours to Red Orchestra 2: Heroes of Stalingrad. Its brutal depiction of the war on the Eastern Front just nails the setting, and there's a distinct lack of modern conveniences like regenerating health and reviving your downed buddy. It implemented a solid suppression system that allowed you to drop the morale of a player simply by pouring bullets at them, and also made players who were doing well into heroes that could boost the morale of their allies. There's little singleplayer to speak of, with it consisting of multiplayer maps populated with bots, and stitched together by cutscenes. That said, it's one of my favorite WWII shooters of the last few years, simply because it doesn't shrink from offering up a challenge.