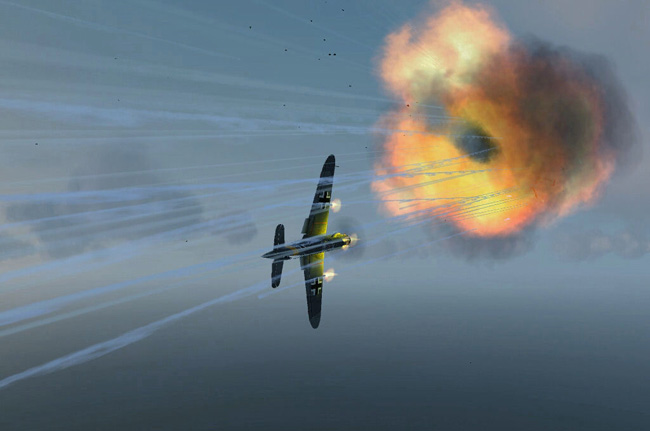 In 2001, IL-2 Sturmovik put gamers in the cockpit of over 30 aircraft used on the Eastern Front of World War II. After strapping in, you complete a number of different missions, including air-to-air dogfights, escort missions, and carrying out search and destroy missions. A "Pilot Career" campaign mode lets you create your own pilot, and play through six historical campaigns to earn awards, promotions, and more. While it's not a thoroughly "realistic" flight sim, it's near enough for the average gamer, and the planes manage to avoid the arcade-like fell of some sims. It's a beautiful, fun way to take to the skies of WWII, and definitely worth your time.