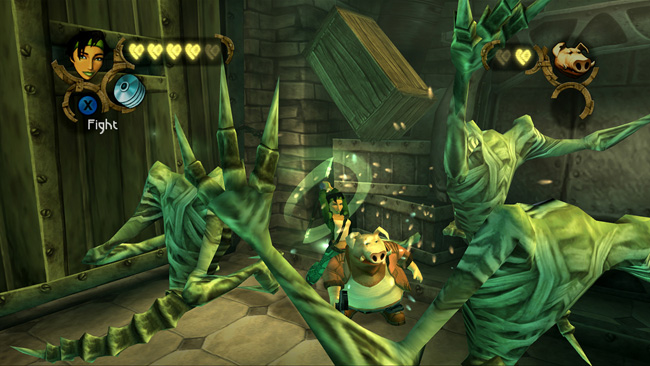 Beyond Good & Evil was released in November of 2003, putting it right in the middle of a lot of high-profile releases,. like Star Wars: Knights of the Old Republic, Star Wars Jedi Knight: Jedi Academy, Prince of Persia: The Sands of Time, and Mario Kart: Double Dash!!, just to name a few. An action title that worked in both stealth and puzzle elements, Beyond Good & Evil left reviewers and gamers split over its quality. But if you were one of those who picked it up anyway, you know that the stealth was great, the story was outstanding, and even the puzzle solving was worthwhile. Despite rumors of a sequel abounding over the last few years, we've yet to see more than one teased screenshot. Still, if you can find room in your library for the original Beyond Good & Evil, you won't regret the purchase, and you'll be ready if the sequel does materialize.