Every gamer knows the adrenaline rush you can get from some games. For some people, it's a racing game, or a shooter that provides the rush. Whatever it is, you know the feeling. You're sitting at your desk, or on the couch. Your hands are sweating, you're short of breath, and your heart is racing. Our community has named a bunch of games that elicit that reaction, and we've got eight of them right here for your enjoyment.

Don't see the game that gets you going? Tell us what it is in the comments!

Special thanks to Escapist community member WhiteNachos for starting the thread! 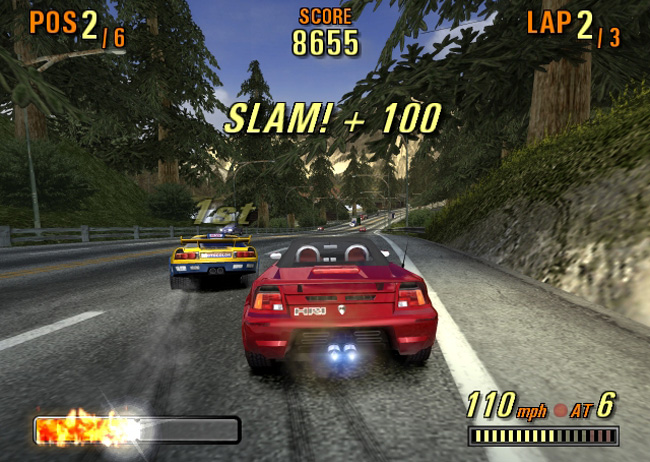 Racing games can always get your blood pumping, simply through the speed and competition. Burnout 3 is no exception, especially since it introduced the series' "Takedown" mechanic. Smash into an opponent's car and cause them to crash, and you'll get an extension on your boost meter. You also earn boost by drifting, nearly hitting other vehicles, and by driving in oncoming traffic. It's not unusual to find yourself in oncoming traffic, dodging cars and keeping your boost activated as you struggle to catch up to the leaders in a race. At the time of its release, Burnout 3 was the king of the arcade racers.