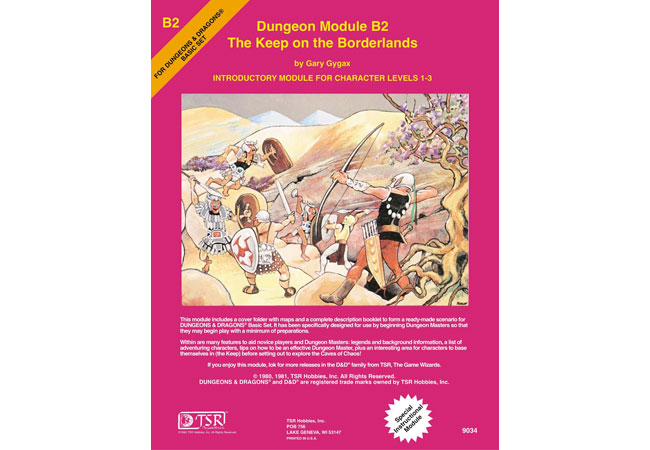 The Keep on the Borderlands - Basic D&D

It may have been a beginner's module in the D&D Basic Set, but The Keep on the Borderlands was the first experience many long-time players had with the game. When it was re-released in 2010, it was part of the weekly D&D Encounters program, exposing even more players to it. While the module was a fairly straightforward one, it included both a dungeon crawl and some limited outdoor adventuring, and it introduced players to many of the familiar races of the D&D world, including kobolds, hobgoblins, and even lizardmen. It was challenging and fun to play, and hooked many a player on the game for life.