Every year we hear about the new sports game - you know, the Maddens, FIFAs, and NBA 2K15s of the world. But what about the off-the-wall sports titles? The one that do weird things with everyday sports, or take sports and make them part of a different genre entirely? These eight games are great examples of those titles. 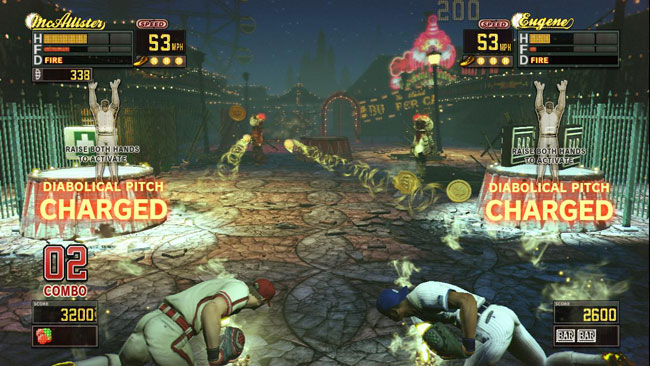 When you hear the name Suda51, you probably don't think of sports games, but that's exactly what this one is. It's not exactly a baseball game, but you play as a former star pitcher who has to retire due to an arm injury. When you get a new bionic arm, you don't return to the diamond. Instead, you use your newfound pitching power to take out a bunch of aggressive stuffed animals in an amusement park. Diabolical Pitch launched in April of 2012 on the Xbox 360 as a Kinect game aimed at a mature demographic.

Related to:
ron whitakeractiongallery of the daypcps3sports gamesvideo gamesxbox 360xbox one
0
Tweet