So here's the deal, you've got some friends over to play some tabletop, but you don't have all day. You've only got an hour or two before people have to head off. While everyone enjoys a good round of Arkham Horror or House on Haunted Hill, not everyone has the sixty billion hours required to play them. Thankfully, there are plenty of games out there that are just as fun, with setup times in the seconds, and game times under an hour. Here are eight of our favorites: 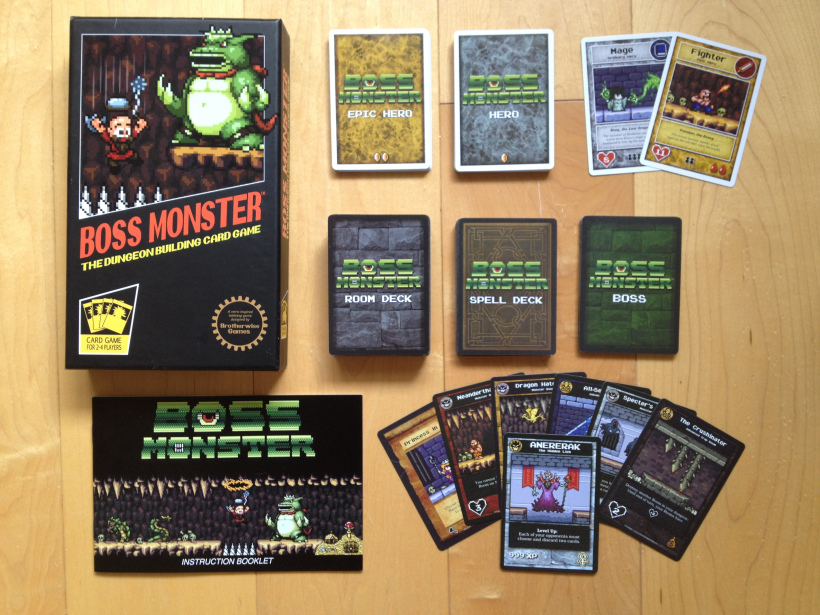 Boss Monster's setup is decided by how fast you can shuffle four decks of cards. The game is entirely played with the cards included, doesn't require any kind of game board, and can be finished in under 30 minutes. In Boss Monster, you and your friends play as the final boss of a video game dungeon, with the goal of either ensnaring the most would-be "heroes", or killing off your opposing bosses.