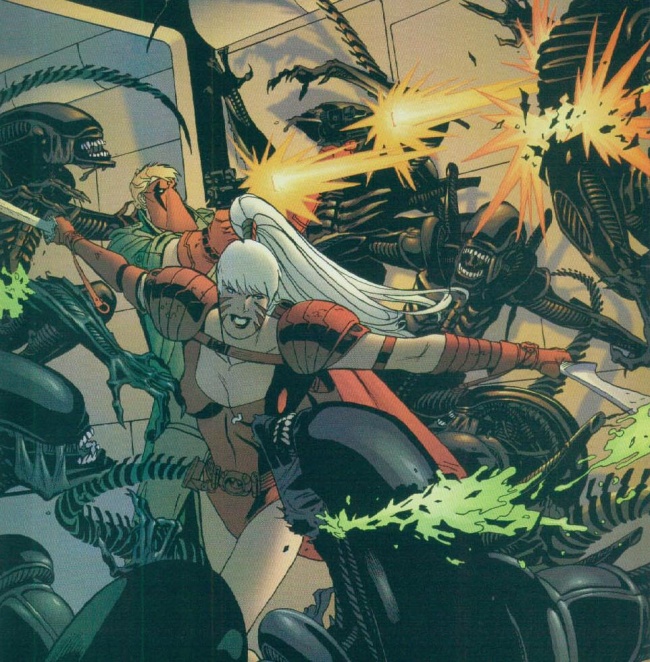 When Warren Ellis needed to bring his Stormwatch series to a close and pave a path to The Authority, he cleaned house in the most dramatic way possible: Killing established characters using the Aliens Xenomorphs. When the dust settled, four superheroes had been murdered (two via chest-bursting larva) and the entire Stormwatch base was destroyed in the heart of the Sun. It even gave us a chance to see Xenomorphs displaying new superpowers of their own. Now let's just hope Marvel doesn't decide to drop the Aliens into Asgard for a repeat performance.