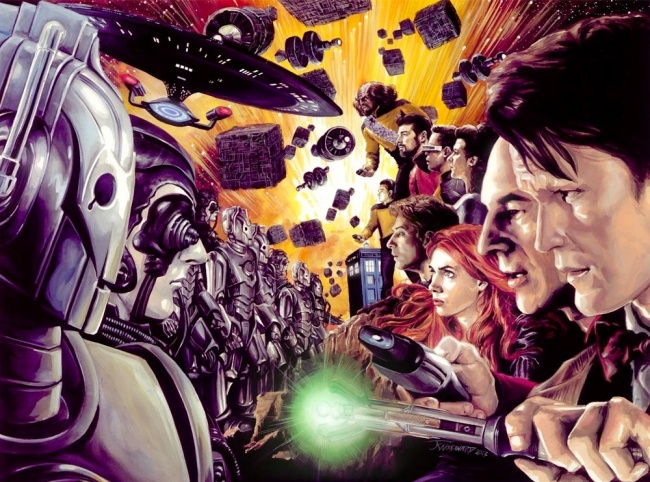 Doctor Who/Star Trek: The Next Generation

Doctor Who and Star Trek have quite a bit of thematic overlap when it comes to optimism and human nature. So it was surprisingly fitting to see Matt Smith's Eleventh Doctor bring his Tardis to The Next Generation's Enterprise and defeat a Borg/Cyberman alliance. The series even prominently featured the Battle of Wolf 359, along with a great "flashback" sequence where Tom Baker's Doctor met the classic Enterprise crew. Sadly the Doctor returned to his own universe when the series ended, which explains why all that timeline damage went unchecked in the Abramsverse.