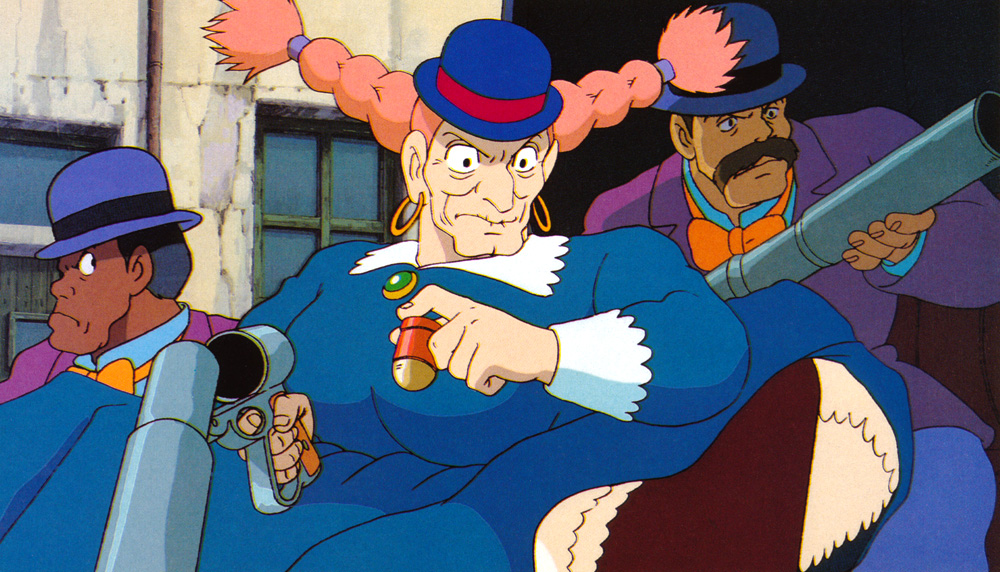 Image Source: womenofstudioghibli
Captain Dola (Castle in the Sky)
Topping off this list is none other than the queen of the sky pirates, Captain Dola. Originally acting as an antagonist to Sheeta and Pazu, Dola quickly realizes that saving them from the hands of the evil Muska is much more important. Dola is the captain of the airship Tiger Moth, whose crew consists of her husband and her unspecified number of sons. Not only does this mom take to the skies to become one of the most feared pirates in all the land, she also raised a small army and keeps her crazy husband in check. Now that's one badass Captain if I may say so myself.