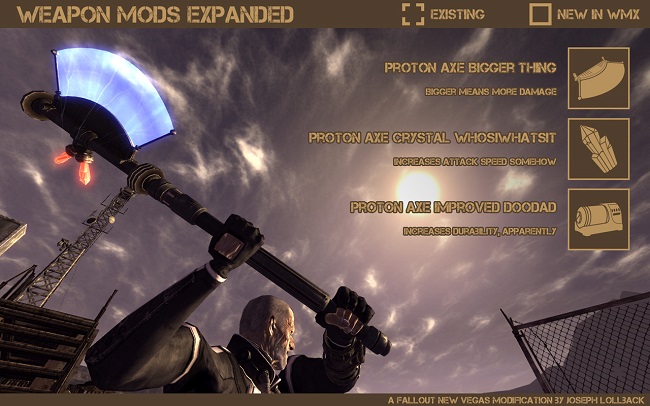 Weapon Mods Expanded (WMX) was such a popular mod for New Vegas, it was listed in the Guinness Book of World Records in 2015! WMX added to the basic assortment of weapon mods that New Vegas offered, expanding them to include mods that ranged from absolutely essential to simply downright fun. It's an essential mod to any PC gamer looking to add more variety to their gameplay.