Pokemon Go is seemingly installed on anyone with a phone. It has reached 50 million installs in just under 20 days and additions to the game are in the works. With that many people playing, there are bound to be a few silly stories crop up of what people will do to "catch'em all".

Pokemon Go seems to make people lose all sense of reality and common sense as they're glued to their phones trying to track down the next Pokemon to throw balls at. Here are eight stories of what happens when you try so hard to catch one, you end up as a candidate to win a Darwin Award.

Minor note: Our system doesn't allow the use of the letter e with an acute to accurately type 'Pokemon' with one. 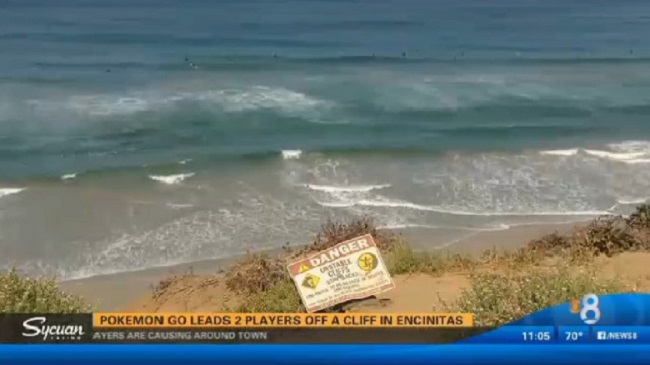 Despite a sign warning them of the steep cliffside, two guys decided to throw common sense out the window and attempt to catch the elusive digital image that required them to go on the other side of the cliffs. When playing this game, be sure to look up and use common sense!