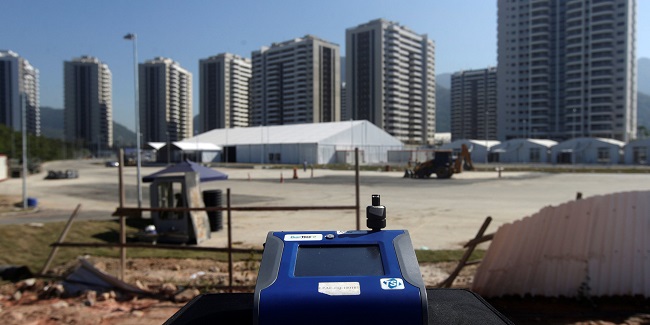 If the water wasn't enough to make you shake your head at the conditions in Rio, then be sure to cover your mouth, too. The air isn't much better.

Reuters conducted its tests at several sites, like the Olympic Village, where athletes will live during the games, and Copacabana, where beach volleyball events will be held. They found a peak of 65 micrograms of PM 2.5 per cubic meter at the Olympic stadium, making it the dirtiest site they tested. The WHO's recommended limit for PM 2.5 is 25 micrograms per cubic meter, averaged over a 24-hour period.

So, the water sports aren't the only ones that will have to endure the pollution, but any athlete that needs to, well, breath is at risk.