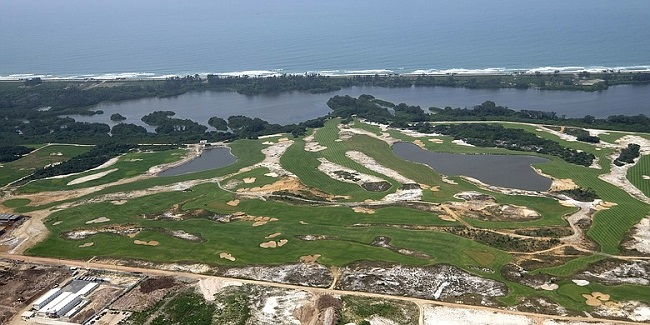 Golf hasn't been an Olympic event since 1904. But, instead of excitement (as excited as one can get watching Golf) that it makes a return after 112 years, news about the golf course itself is taking all of the headlines.

It seems the local wildlife is staging a protest over the course being used in their habitat. Capybaras, Sloths, Alligators and Owls that like to burrow holes in the ground all occupy the same land that's being used for the course. Under different circumstances it would add a little excitement to a water hazard and an animal that would eat away at the fairway and green, but not during an international event such as this one.