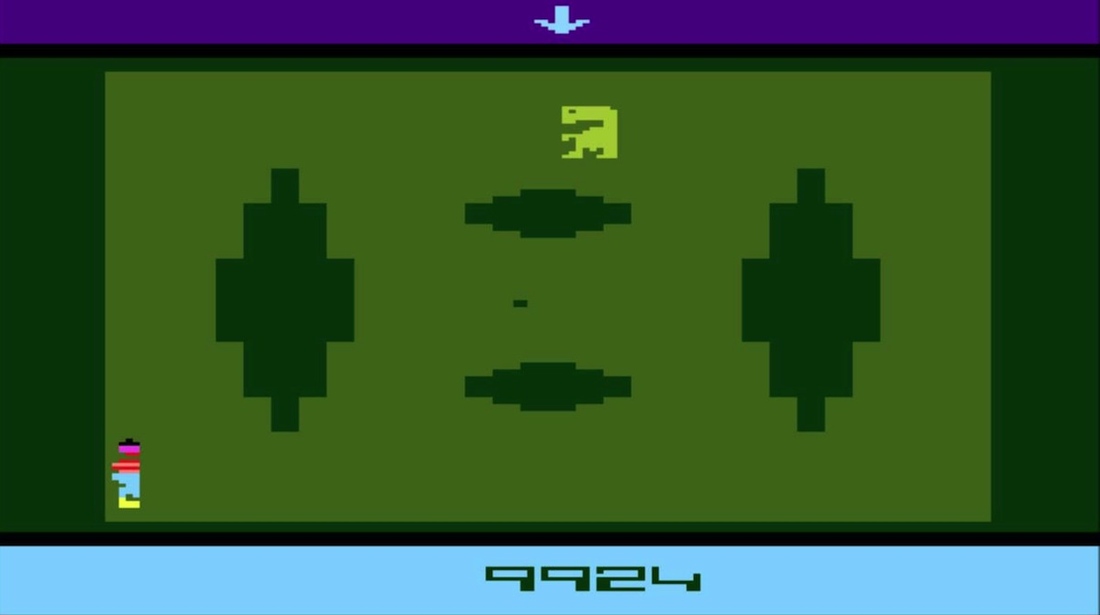 E.T. was a game released for the Atari 2600 back in the early 80's. If you're wondering just how bad this game was, it was considered one of the main reasons for the huge decline in the console sales market until the Nintendo Entertainment System came into play. The reason was mainly due to publisher pressure to release a game on the most popular console of the time, the Atari 2600 around the same time as the motion picture was still topping the charts. Because of this, they only had 5 weeks to actually complete the game from scratch. Granted, games back then didn't take that much to complete compared to games nowadays, but that still doesn't leave a lot of room for QA, research and other steps in game development.

It was so bad, in fact, that Atari gathered all of the copies they had left from returns and their unused stock and buried them in the New Mexico desert, never to see the light of day again!