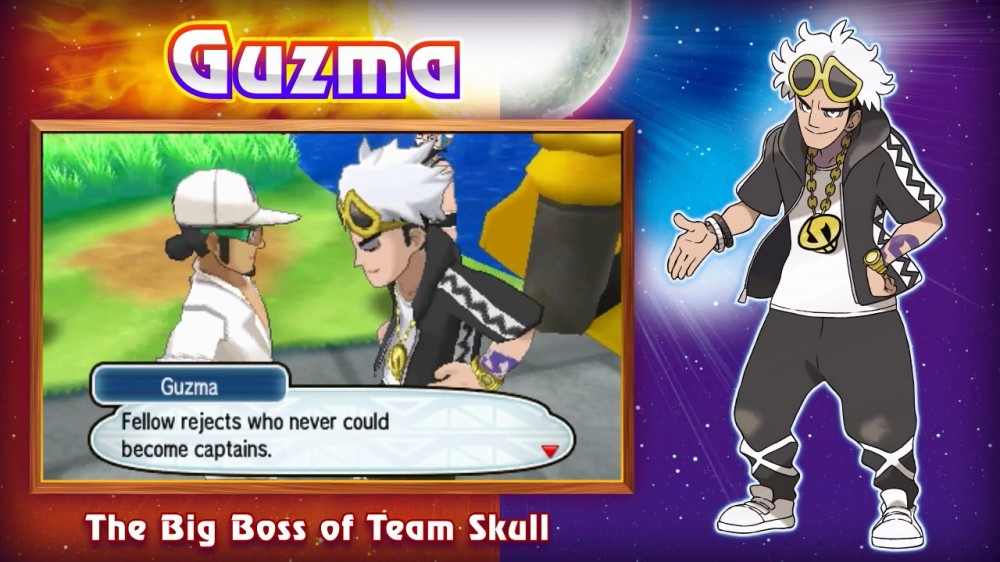 The leader of Team Skull, a punk named Guzma that runs his own ramshackle walled village called Poe Town, apparently wasn't always so bad. The head of the criminal gang even has a house that you can visit on Route 2 - his parents' house, that is. Guzma's room is totally intact, complete with trophies and other hints at his aspirations and upbringing.

Guzma, at one point, aspired to become a Trial Captain and even worked with an Island Kahuna. But, something didn't work out, and his dreams turned bitter. We don't know what happened that caused Guzma's turn to bad behaviour, but we do know that he used to be a normal Poke-kid, which is more backstory than most Pokemon villains ever get.