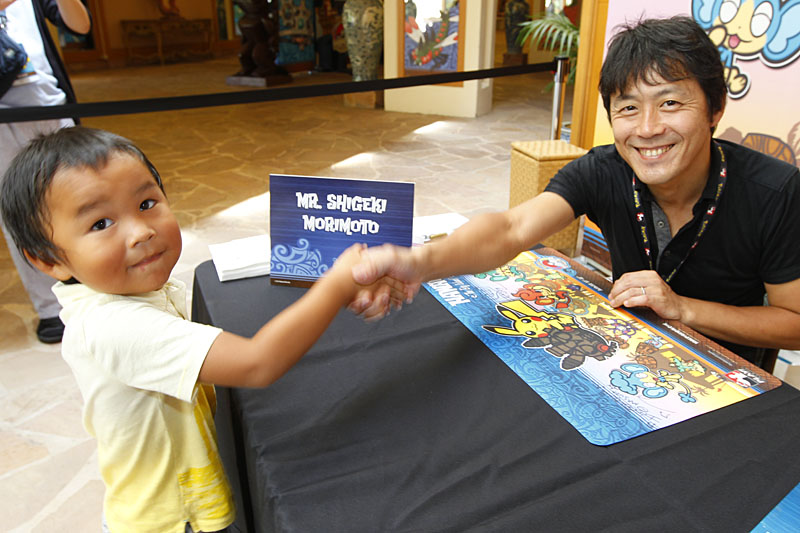 The developers of Pokemon Sun and Moon, GAME FREAK, didn't just include their office in-game as an Easter egg. There's a challenging battle awaiting you too. If you get strong enough, the Battle Designer himself, Shigeki Morimoto, will challenge you to a duel.

This isn't Morimoto's first fight in the series. He also appeared in Black and White and Black and White 2, and every single time he brings his A game to the fight. This is the real-life guy that helped design the combat system in Sun and Moon, and a few dozen other games. That's a pretty impressive record.