With today's release of new content for Friday the 13th, it got us thinking - what other horror movies would make great video games. After some discussion, we settled on these eight.

Think we missed one? Tell us what it is in the forums! 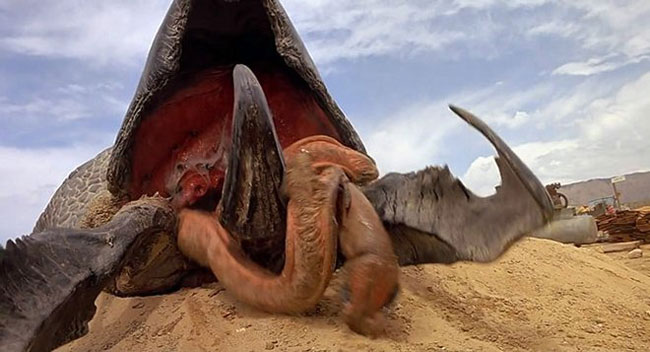 Tremors told the story of a small Nevada town that was under attack from giant underground worms that could sense movement on the surface. The video game adaptation would need to combine Mirror's Edge-like parkour with some varied landscapes and special abilities to help escape the worms if you made a a mistake. You'd also have to rescue some NPCs that weren't as adroit as you.