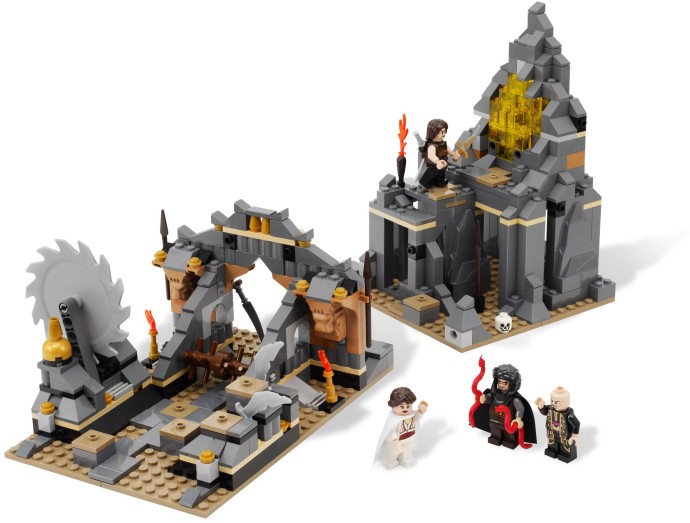 This entry might be a tiny, itty-bitty cheat, but I'm still counting this as a video game related set. Yes, Prince of Persia set is based on the 2010 film, but it all takes inspiration from the classic Prince of Persia video game series, and this particular set matches up with the video game better than any.

In the "Quest Againt Time", there are pillars to hop across and traps to avoid, including a giant buzzsaw! That's a clear reference to the original series, where the dungeons beneath the palace were lousy with giant buzzsaw traps, and seeing them in LEGO form warms my cold, dead heart.

Check out the listing for this out-of-print set on Bricklink.